KFC goes green but it’s not a political endorsement

If you’ve been on the social media platform Twitter lately you would have seen a photo in heavy circulation of popular chicken franchise KFC with a new green logo.

But it has nothing to do with the recent announcement of the General Elections and it is certainly not an endorsement of the Jamaica Labour Party which uses green as its official colour.

In fact, the local franchise of the restaurant chain still maintains its standard red logo.

Instead the new green logo is being used as par of a marketing campaign by an overseas franchise,which recently introduced the logo to promote the company’s new vegan offerings.

Earlier in August 2020, KFC Canada announced that it would be bringing its vegan fried chicken to restaurants across the country, following a similar move taken by some franchises in the United States late last year. 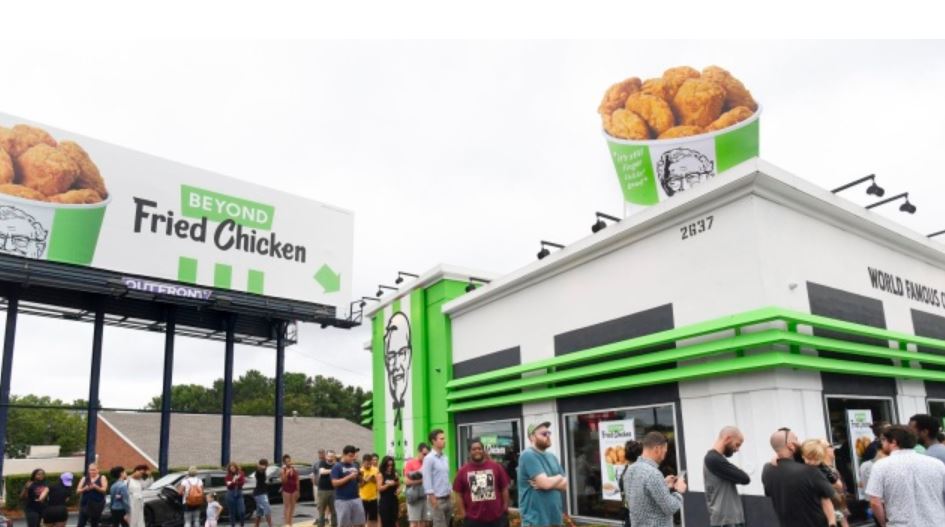 However, it seems many in the Jamaican political space weren’t aware that the Colonel had gone vegan instead some have shared the new logo wrongly believing that it is a political endorsement by the restaurant chain.

While in the United States it is not uncommon for corporations and business leaders to endorse political parties, in Jamaica the business community usually takes a neutral stance on political matters.