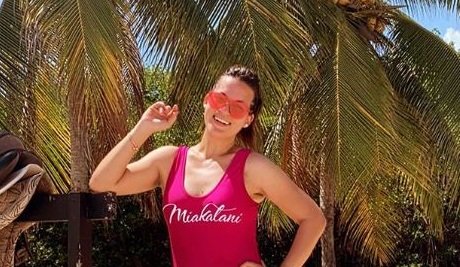 Singer turned businesswoman and full-time mom, Tami Chin Mitchell, kept it real on her Instagram page on Wednesday night (July 15) as she talked about how much her body had changed since she became a mother.

Chin Mitchell, a mother of three, admitted that her body had changed a lot,  sharing quite candidly some of the physical changes, which included, having got cellulite, folds, flaps and things not being where they use to be.

Despite the changes and not being up to “some standards”, Chin Mitchell said she still loves her body because it still functions.

“ I love it because it is my home, my vessel on this earth. I love it because it takes me places. It metabolises the food I love to eat. It breathes, it bounces, it basks in oceans. It gives and receives love, it dances, it stays still, it bends, it breaks, it stands strong,” said Chin Mitchell on IG.

Chin went on to explain that she is often on the receiving end of comments, that while well-intentioned, are a bit insensitive.

She shared with her Instagram following that moms are often on the receiving end of compliments about their bodies which end with, “especially for having (x amount of) kids!”
.
“I realise that there are never any harmful intentions behind this comment and I appreciate the encouragement within the statement,” said Chin Mitchell. 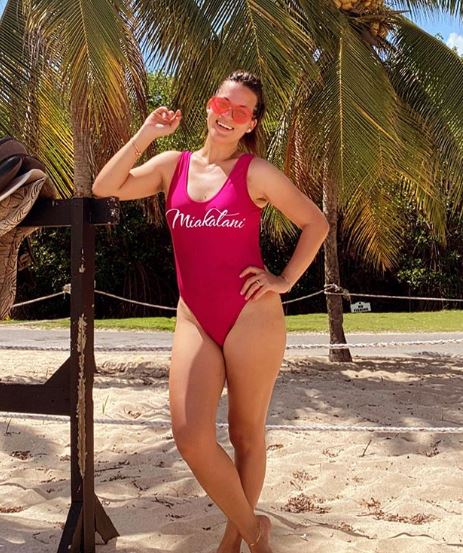 However, Chin said she doesn’t just love her body because she has had 3 children.

“I don’t just love my body because of the children it has created, but I love it because of how it has allowed me to experience the world as I know it,” added Chin Mitchell.

Chin further encouraged her following to be grateful and appreciate the body they are in.

“The paint may be stripping, the tiles may be broken and the roof might have leaks but it’s mine. So wether you wanna fix it up, decorate it, take away or add bits, build on to you what you have or demolish parts completely, that’s your choice,” said Chin Mitchell.

“But wherever you are now, right in this moment, check in on your home and thank it for its service to you and others,” added Chin Mitchell.