The Vazes have a new daughter-in law

Member of Parliament (MP) for East Portland, Ann Marie Vaz, revealed over the weekend that her son Adam had tied the knot.

The matriarch Vaz on Twitter said that she was elated to have a new daughter-in-law affectionately known as ‘Shan’.

Adam and his bride Shannon were wed in Portland on Saturday (November 14). 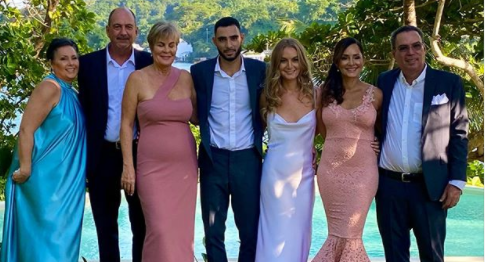 “Yesterday as we watched our son #Addy marry our daughter #Shan, tears flowed. It was an intimate, magical wedding ceremony with #family. Our hearts are overflowing with love and happiness,” said Vaz in a tweet

Prior to the wedding, Vaz shared that her son was marrying the love of his life, adding that she and her husband, Daryl, had officially welcomed their daughter-in-law Shannon.

“Last night was a night of #familylove. Our beloved son #Addy is marrying the love of his life today and we are happy to officially welcome another daughter #Shan into our family,” said Vaz.

” When two hearts become one there is nothing more beautiful to see and be a part of. Our family is growing and we could not be more thankful and happy #GiveThanks,” she added.

Back in April 2020, Ann-Marie and Daryl became grandparents when their daughter Amanda Vaz Crooks gave birth to her first child.