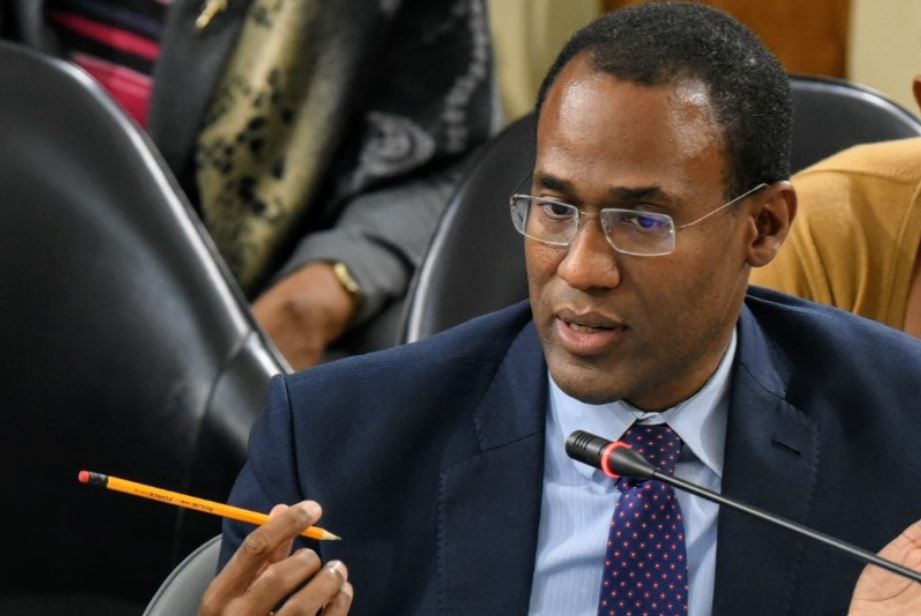 Jamaica’s economy is projected to grow by at least 3 per cent in the next fiscal year, according to the central bank.

According to Clarke, the gains made in the construction industry during the pandemic was a good indicator of the progress which lies ahead.

“They are very realistic. And the biggest indicator of that is something I mentioned in the presentation, where we saw construction, in the middle of a pandemic, grow by 7% in the quarter ended September,” said Clarke.

“And that’s a quarter where the government’s contribution to construction was quite muted, because we would have cut our capital budget,” added Clarke.

Clarke used the occasion to share that while the economic impact of the coronavirus pandemic was much greater than that of the global financial crisis of 2007-2008, Jamaica has fared much better, with the minister citing a quicker rebound in jobs and a more stable overall economy .

The finance minister explained that during the financial crisis 2007-2008 approximately 100,000 jobs were lost which took the country approximately ten years to replace.

Similarly during the COVID-19 pandemic 130,000 jobs were lost, however Clarke noted that the rebound of jobs had already started.

“We lost a lot of jobs in the global financial crisis; we lost 100,000 jobs. And you will see from the chart, it took us 10 years to get those jobs back. We have again lost 100,000 jobs, you will see a sharp rebound there, the figures came out for unemployment, ending October 2020,” said Clarke

“ And we’re happy to report that though July’s unemployment shot up from 7.3% in January of 2020 to 12.7%.by the end of July, at the end of October, unemployment improved to just over 10%, which is very good news to have that kind of quick rebound, which we are confident will continue,” added Clarke.

In addition to a quicker rebound of jobs, Clarke also pointed to the net international reserves as another major difference between the pandemic and the financial meltdown over a decade ago.

The finance minister explained that during the financial crisis there was a “precipitous fall” in the reserves though the country at the time only had a 4.5% quarterly decline.

Clarke juxtaposed this with the current situation created by the pandemic which resulted in a 8.4% decline, followed by a 10.4% decline, highlighting that the reserves had remained stable.

“ Through the worst crisis in 100 years, we have maintained reserve adequacy, and our net international reserves remain at the highest levels that we have had in the region of just over $3 billion,” said Clarke.

Now, the only way that it’s possible to have a worse decline, but a better outcome is due to  policy choice,” added Clarke.