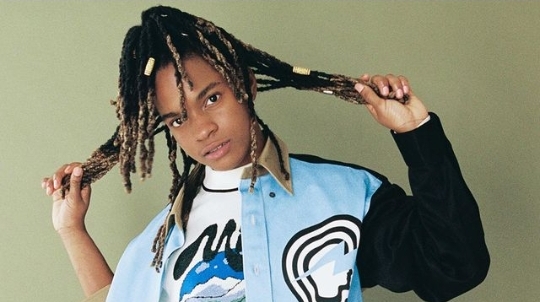 10 little-known facts about Koffee that will make you smile

But how much do you really know about the 21-year-old star?

Koffee, who has been brewing none stop since her debut in 2017, somehow still manages to hold fast to her mystery blanket. Making her an even more interesting persona to fans.

Here’s a glimpse behind the velvet curtain of the top 10 facts you probably didn’t know about Koffee. 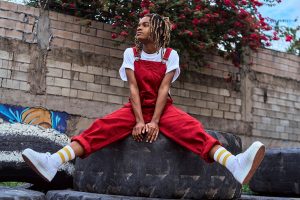 1. She began her musical life as a child in the church choir

Many singers that have caught our attention since the dawn of music started out in the church and Koffee is no different. Here, she learnt melody and harmony.

Nonetheless, she has her own style and sound.

She sings with her own voice, not someone else’s and she doesn’t mimic others, as tempting as it might be.

2. She got the name ‘Koffee’ after ordering a coffee on a boiling hot day while everyone else opted for soda 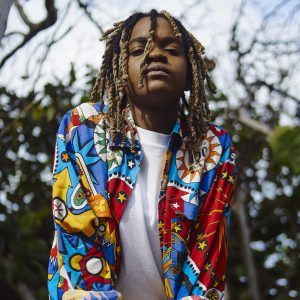 3. In 2016, she accidentally auditioned for her school talent show

The then 16-year- old was encouraged by her friends to perform in a talent show at her school, where students were reciting poems and singing songs.

Her performance sent the other students into a frenzy. They loved it.

Unbeknownst to Koffee, it was actually an audition. A clueless Koffee didn’t find out until she heard her name over the intercom as the winner of the show.

4.‘Toast’ was not her debut single

Koffee’s ‘Toast’ was such a global hit, that it is seen as the official introduction to the ‘Grammy-kid’.

However, in 2017 she first jumped on Upsetta Records’ Ouji Riddim, made popular by Jamaican legends Busy Signal and Luciano.

Her version was ‘Burning’, which you probably heard playing all over Jamaica before the massive takeover of ‘Toast’ which was inescapable in the years 2018 and 2019. 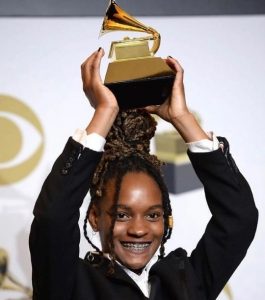 5. She applied for 6th form but was not accepted

After closing the chapter on high school the singer was looking ahead to the future, applying for 6th form but failed to get in. This left the star-eyed teen very disappointed, but not defeated.

Fun Fact: Her version of ‘Burning’ was inspired by this setback.

‘You can’t let this out your flame,’ read lyrics from the song.

6. Reggae hero Coco Tea was the first big artiste to bring Koffee out on stage

In January 2018 Coco Tea bought Koffee onto the stage during his set at Rebel Salute.

Koffee’s idol, Protoje later asked her to perform with him, while Chronixx, one of the island’s biggest contemporary reggae stars, invited her to join him on Seani B and Mistajam’s 1Xtra shows.

She said it “Now a pon stage wid Chronixx I a sing.” 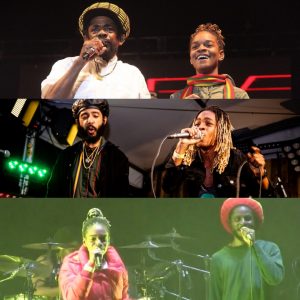 7. She considers herself a singer, a rapper (known as a DJ in Jamaica) and a guitarist

But while reggae is on the agenda at the moment, Koffee intends to take in the many artists who have influenced her over the years, from Proteje and Supercat to St Louis rapper Smino and UK Rap star Giggs.

8. She is from Eltham View, Spanish Town Jamaica

Koffee grew up with her single mother in Eltham View, just outside of Kingston after her father migrated to New York when she was just an infant.

Despite the high crime rates in her community when she was a child, her mother sheltered her daughter from a lot of the violence.

Koffee’s mom would always speak positivity into her child and made sure that she was surrounded by love. 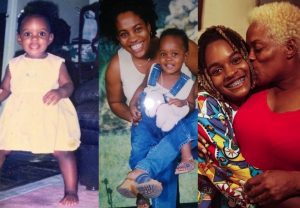 9. She taught herself to play the guitar at the age of 12

After borrowing a spare guitar from her friend, Koffee was determined to learn the guitar at a tender age.

And look at her now, the “sing-jay-guitarist”, we love to see it. 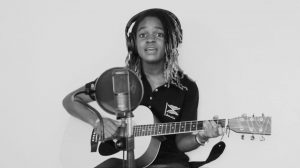 The superstar is not enamoured by the glitz and glam of fame, however, she wants to channel that into bringing vibes and positive change to the world.

In the words of Koffee “Mhm” 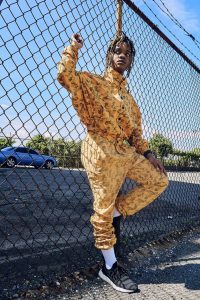