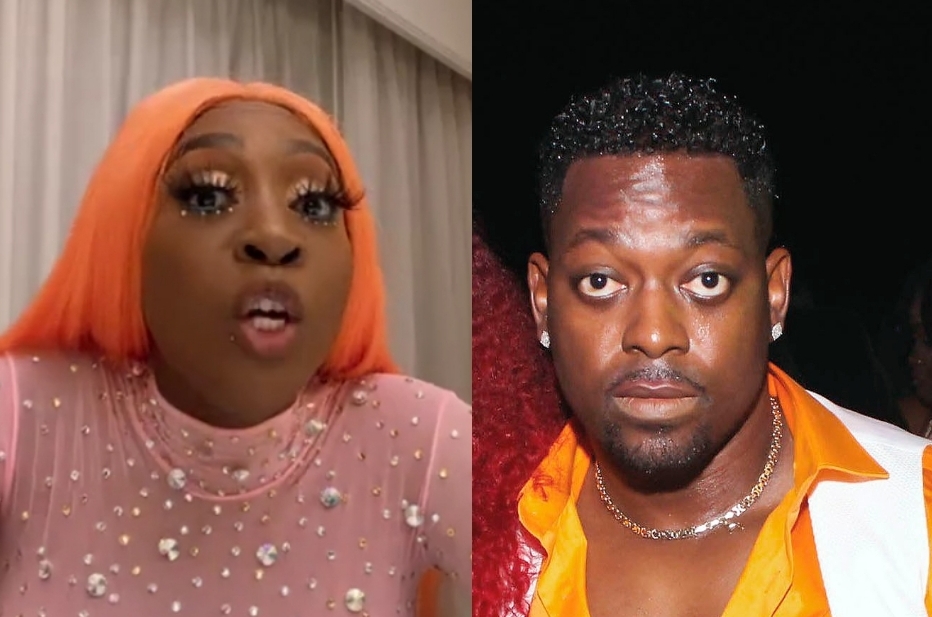 Dancehall artiste Spice on Sunday (September 5) took to Instagram (IG) live to blast the promoters of Chug It, noting that they had failed to uphold their end of the agreement.

Spice said that while she wanted to remain professional about the incident that resulted in her not performing at Chug It, she felt it necessary to share her version of events after she was accused of being a no-show at the venue.

In a now deleted post, a message was posted to Chug It’s Instagram feed stating that they would be taking legal action against Spice for breach of contract.

“Please be informed that Chug It has met all obligations with paying the artiste Spice $38,773.42 despite the no show. Our attorneys will be proceeding with taking immediate legal action for the refund and damages caused,” read the post. 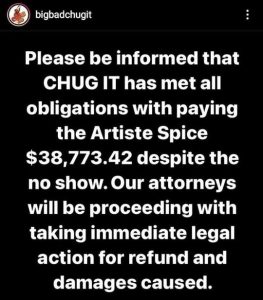 Spice responded to the post made by Chug It,  noting that she would be filing a counter claim for defamation.

“Yes, unno can sue me, but unno can’t sue me and win because inna the first place, I never did fi deh a Miami. From me buy me own a ticket me shouldn’t come here,” Spice said in an Instagram live.

“So me nuh understand, how unno ago post up dem something there pon unno Instagram. Me ago mek unno sorry seh unno post it because a sue fi sue. Cause a defamation a character unno deh pon. Because me go out of my way fi come a Chug It. Me pay me own a way, me buy me own a ticket, me find me own a hotel, me find me own a drive. And it still never enough for unno. Unno still turn round and a try fi defame me name and me character, ”  she added.

The event was shut down by police at 9 pm

Despite pulling out all the stops to fulfil her obligation, Spice said when she arrived at the venue, she was told that the event had ended.

The event that took place in Miami was shut down by the police at 9 pm, in accordance with the permit the promoters were granted.

According to the promoters, Spice was supposed to be present at the venue at 8:15 pm but  instead turned up at 9:26 pm. 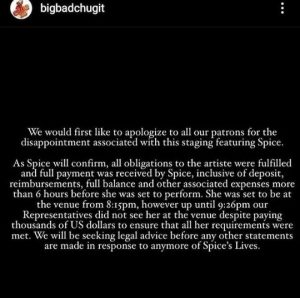 While on IG Spice shared proof in the form of text messages and e-mail communications that supported her claim that she had not breached her contract with the party promoter. 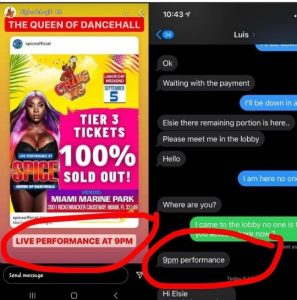 “Yuh want to tell me seh you never know what time the state give you the venue until,” an irate Spice questioned.