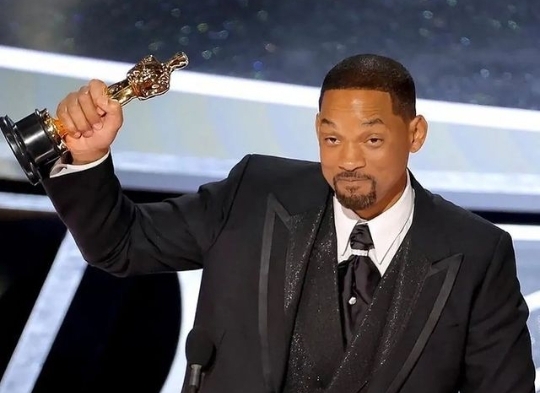 American actor Will Smith has resigned his membership from the Academy of Motion Picture Arts and Sciences just four days after smacking Oscar host, comedian Chris Rock on Sunday (March 27).

Smith made the revelation in a statement on Friday (April 1) saying that he “betrayed the trust of the Academy,” and that he would “accept any further consequences” the governors on the group’s board see fit.

“My actions at the 94th Academy awards presentation were shocking, painful, and inexcusable,” he added.

The ‘King Richard’ actor’s resignation come after the Academy on Wednesday (March 30) stated that its board of governors have initiated a disciplinary proceeding against Smith for violating the group’s standards of conduct.

The 53-year-old had previously apologized to the Academy and to Rock for the slap heard around the world after winning the Oscar for Best Actor for his role in “King Richard” on Sunday.

Smith in his statement also sought to take full accountability for his actions and noted his commitment to doing the work to ensure his actions are never repeated.

“Change takes time and I am committed to doing the work to ensure that I never again allow violence to overtake reason,” he continued.

The blockbuster actor’s resignation from the organization means that he will no longer be able to vote for Oscars in the future, but he can still be nominated and win.

While it is still unclear whether the actor will be stripped of his award behind the slap, the board’s next meeting on Monday (April 18) said it would decide what action it will take, if any, including suspension or expulsion.

According to a producer of the Oscars, Will Packer, the Los Angeles police department was set to arrest the actor Sunday’s ceremony, However, Rock declined to press charges.

Rock, who has remained tight-lipped for the most part since the whole debacle, shared that he was “still processing what happened,” during a comedy show in Boston earlier this week.

The comedian had made a joke during the ceremony about the bald hairdo of Jada Pinkett Smith, Smith’s wife, who has alopecia, a skin condition that can result in hair loss.

Smith seemingly laughed at Rock’s joke, however, he took to the stage just seconds later and slapped the comedian across the face before shouting “Keep my wife’s name out your F—— mouth.”

“Love will make you do crazy things,” Smith said in his acceptance speech after slapping Rock.

Now his long-sought-after Academy award will forever be associated with the most shocking moment in the show’s history.