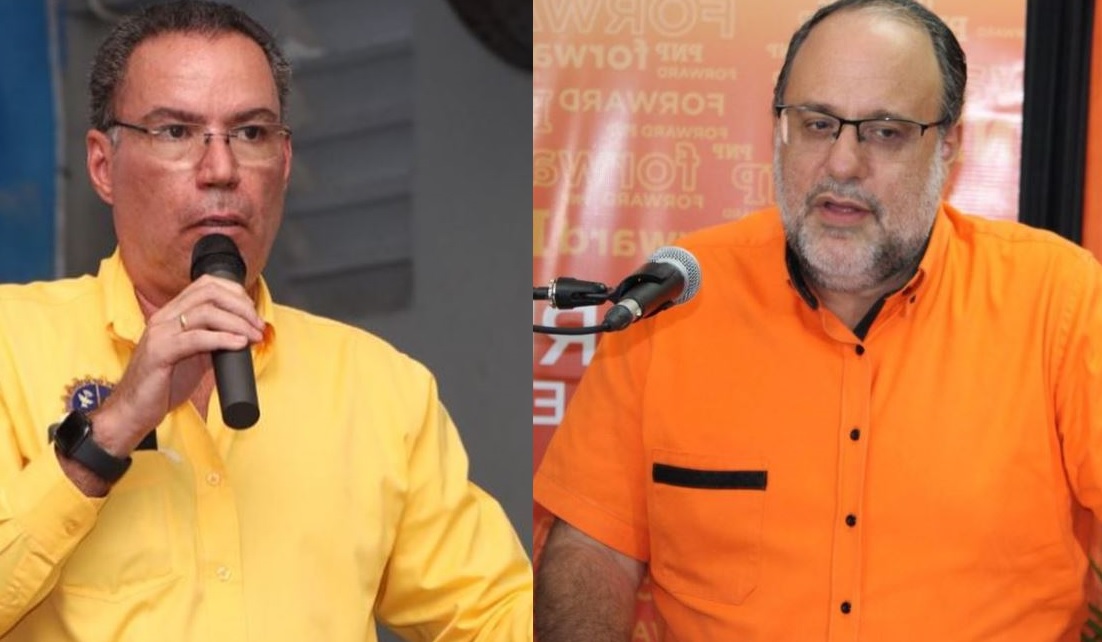 Member of Parliament for West Portland Daryl Vaz in a Twitter post on Thursday (September 9) accused Opposition Leader Mark Golding of politicizing a vaccination drive in his constituency.

The vaccination drive which was held in Golding’s South St Andrew constituency utilized branding that some suggested was politically charged.

“Afternoon Mr. Golding that logo and orange text seems to be a political party’s logo and branding. Let me know if I’m mistaken,” Vaz tweeted. 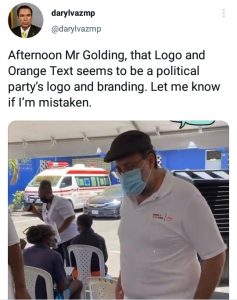 The technology minister’s tweet came after Golding fired back at social media users that also took issue with the branding used.

“I am having a vaccination drive today in my constituency and I am not politicizing it. It’s not a tool for political gain, it’s not right to use it for those purposes. I have ensured that it’s branded jointly between myself and MOH,” Golding said on Twitter. 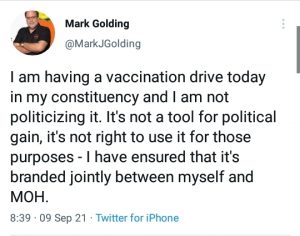 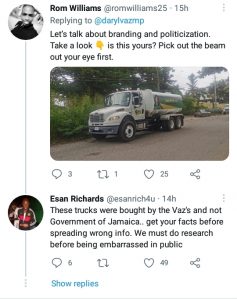 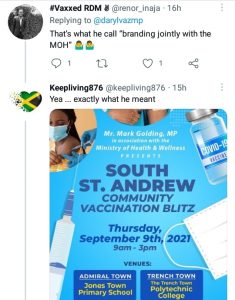