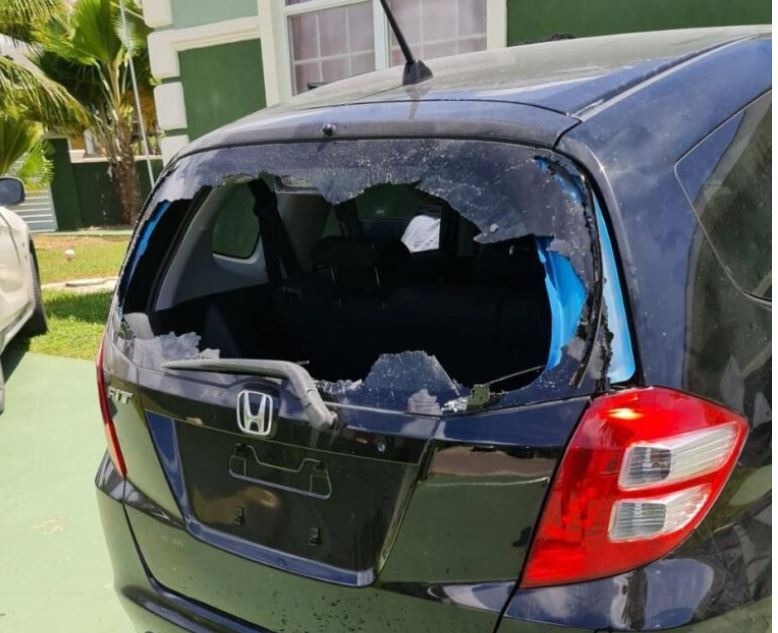 The cousin of dancehall artiste Intence is at the centre of an ongoing feud between two women in the Cayman Islands.

Details of the messy love triangle came to the forefront after dancehall artiste Intence visited Cayman to perform at a concert in late June organized by his cousin Ian Ellington, affectionately known as ‘Toto British’,  a popular party promoter on the island.

The day following the concert, Kadia Kerr made headlines after a video, taken from a home security camera, surfaced online on Saturday (June 19) showing her using a rock to smash the rear windshield of a black Honda fit.

Reports are that Kerr visited the home Ellington shares with his wife Rhonda, where she destroyed the couple’s car in an act of revenge.

According to a story published in the local press, Kerr is the angry ‘other woman’ who found out that Ellington had returned home to his wife, Rhonda Ellington.

However, Kerr’s aunt says that version of the events is simply untrue.

Kerr’s aunt who spoke exclusively to The Den, slammed the local blog website that carried the story for being biased in their coverage of the events, adding that the details of the incident published are contrary to the established facts.

According to Kerr’s aunt, the car captured in the surveillance video belongs to her niece noting that she had only smashed the glass to retrieve her house keys.

While the aunt admits that smashing the glass was a rather bizarre way to retrieve a set of keys, she noted that Kerr was a little bit surprised to see her car parked at the home of her boyfriend’s wife and had intended to drive it home, but did not have the keys.

At the time of the incident Kerr shared that her niece and Ellington had been living together for months.

Kerr’s aunt alleges that was Ellington’s wife, Rhonda, who concocted the entire story in attempt to embarrass her niece, sharing with The Den screenshots of the exchange between Rhonda and an outlet she was hoping would carry her story. 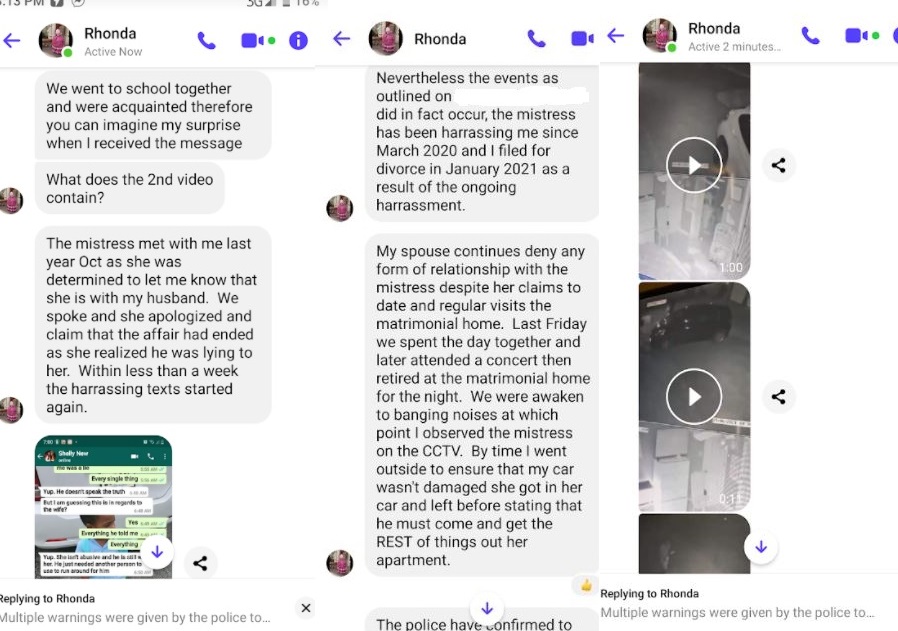 The aunt further told The Den that Kerr had known Ellington for many years prior to them becoming romantically involved.

However the duo began speaking on a more intimate level prior to the start of the pandemic in January 2020, when they exchanged numbers.

While the aunt noted that the relationship started out platonic, she said that things soon became serious as the man began sharing details of his marriage with Kerr, even asking to come and live with her citing on-going emotional and verbal abuse.

“He moved in with her around March and had stayed for a few months, however she had encouraged him to go back home to sort things out with his wife, as she was uncomfortable with the arrangement,” the aunt told The Den.

“He eventually moved back with his wife but kept complaining that he was not happy. I had overheard several conversations that my niece had with him and he would share that he often tried to fix the relationship by buying his wife flowers, taking her out on dates and all the little things that a man should do, but it did not work, as he noted that she was very vindictive and manipulative,” the aunt added. 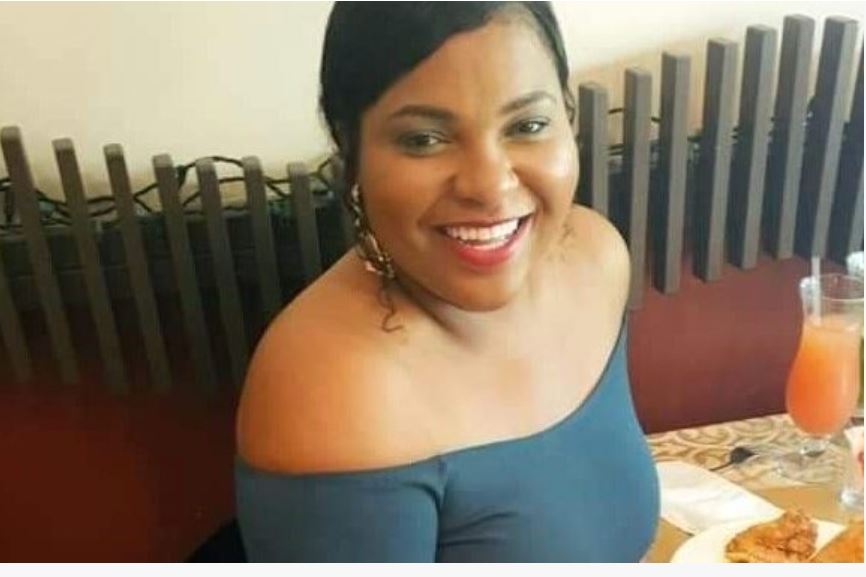 According to Kerr’s aunt, during the time Ellington had gone back to live with his wife he continued to call and visit Kerr, venting to her about his domestic affairs.

Upon receiving a call from one of Ellington’s relatives, Kerr decided to call her boyfriend’s wife in an attempt to rectify the situation, as Ellington had been bouncing back and forth between households.

Kerr’s aunt said her niece admitted to calling Rhonda once, noting that she had not picked up.

“She had called her once and when she didn’t get a response she thought it was a sign that it was the wrong thing to do and left it alone. Hours later she was bombarded with scores of calls from Rhonda , who wanted to arrange a date for the two to meet,” the aunt said.

“Kadia was hesitant about meeting Rhonda and declined her invitations to meet. However, Kadia said that one day Rhonda told her she was outside her apartment, and said ‘she should not be afraid and come outside’. I know that they spoke outside a nearby church and Kadia had apologized and things seemed to be settled,” the aunt added.

However, after the meeting the aunt said all hell broke loose, with her niece telling her that the wife had began to tell people in the community that she was  still going out” with her husband.

“I know Kadia felt betrayed and that’s kinda where the drama started because Kadia had just apologized and settled stuff so it came as a complete surprise to her and so she blocked Rhonda ,” the aunt said.

“The following day, Kadia was taken informed that a harassment claim had been filed against her,” she added.

According to the aunt, following the harassment allegations which were made against her in October 2020, adding that Kerr had not been in contact with Rhonda.

Screenshot of a conversation that occurred between the wife and Kadia Kerr in October 2020.

However, the aunt notes that following the incident, Rhonda had filed for divorce and Ellington had moved back in with Kerr.

Kerr’s aunt says Saturday’s incident, while bizarre had nothing to do with the two women, but had to do more with Kerr and  Ellington.

“ I think that why she was so upset, because she saw her car over at the wife’s house on Saturday and all so spotted her keys in the car, so I guess she felt like the man was playing her,” the aunt said.

“All these other stuff they saying my niece did is not true, it is her car and her man, well you know men, but he still living with her so I don’t know what’s the big deal, he is in the midst of getting divorced, as for his wife she been married four times, so she can’t be no saint either,” the aunt added.

The Den reached out to the Royal Cayman Islands Police Service, who noted that they could not share details on on-going investigations but revealed that no charges had been laid in relation to the matter.