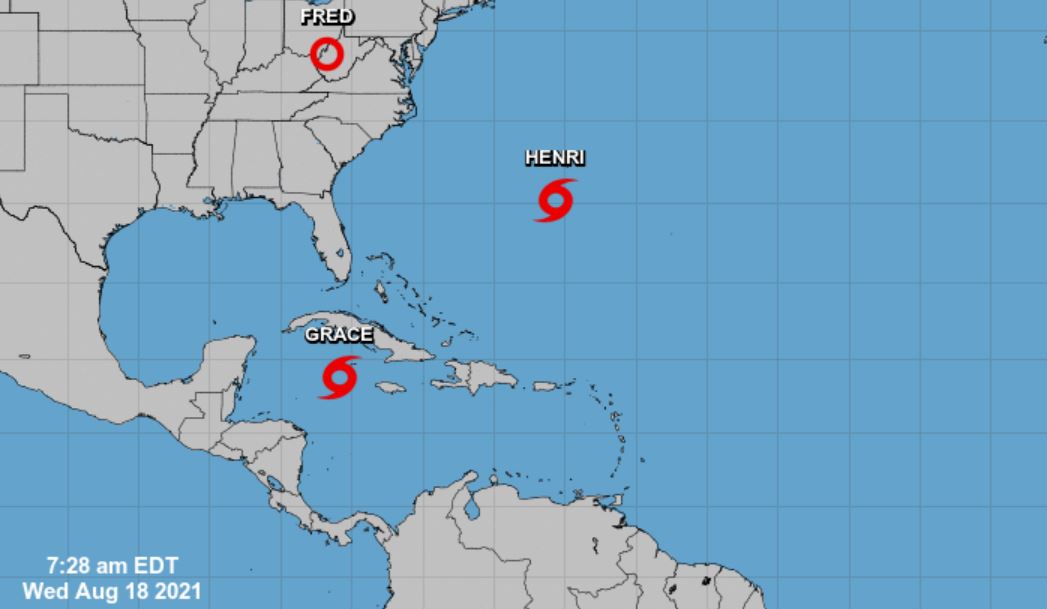 The Tropical Storm Warning that was in effect for Jamaica was discontinued early Wednesday (August 18).

According to the Met Service, the large area of showers and thunderstorms associated with Tropical Storm Grace is now moving away from Jamaica and tropical storm conditions are no longer being experienced on the island.

Tropical Storm Grace is headed towards the Cayman Islands later this morning and then is expected to approach the Yucatan Peninsula of Mexico tonight or early Thursday.

In it’s 4:00 a.m. update the Met Service said, the centre of Tropical Storm Grace was located near Latitude 18.8 degrees North, Longitude 80.9 degrees West. This is about 280 kilometres (175 miles) west-northwest of Negril Point, Jamaica, or 65 kilometres (40 miles) south-southeast of Grand Cayman.

Grace is moving towards the west near 26 km/h (16 mph), and a general westward to west-northwestward motion is expected for the next several days.