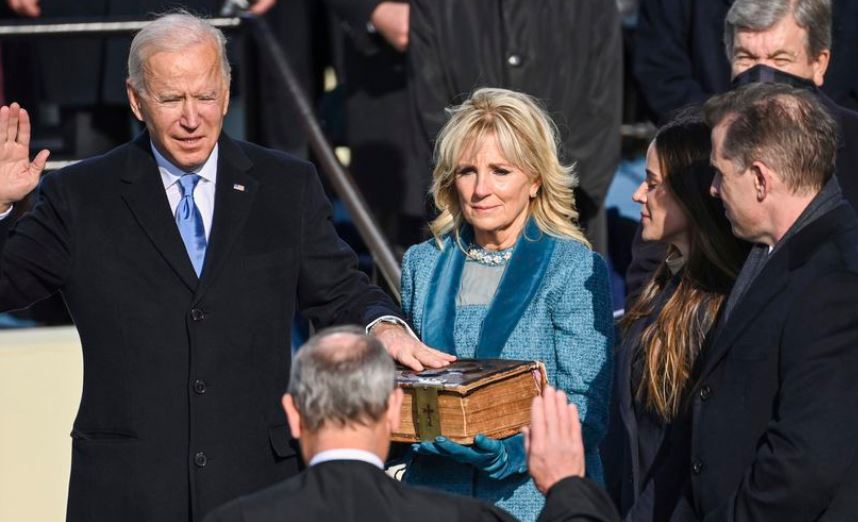 Joseph Biden became the 46th President of the United States on Wednesday, swearing the oath of office just before 1pm to take the helm of a deeply divided nation while inheriting a confluence of crises arguably greater than any faced by his predecessors

Biden’s inauguration came at a time of national tumult and uncertainty, a ceremony of resilience as the hallowed American democratic rite unfurled at a US Capitol battered by an insurrectionist siege just two weeks ago.

A star-studded, largely virtual celebration began following Biden and Vice President Kamala Harris’ swearing-in at the West Front of the Capitol at a little before noon. Biden placed his hand on a more-than-100-year-old family Bible held by his wife, Jill Biden, to take the oath of office.

Only about 1,000 socially distanced guests, including former Presidents Barack Obama, George W. Bush and Bill Clinton, attended the ceremony. Donald Trump was not present, making him the first president to skip a successor’s inauguration since Andrew Johnson.

Lady Gaga sung the national anthem, which was followed by a virtual parade involving all the states and territories. A 90-minute TV special, “Celebrating America,” hosted by Tom Hanks, airs Wednesday evening.