As the results from yesterday’s voting continues to trickle in, US president, Donald Trump, has picked up at least three swing states.

Trump has been declared the winner in the swing states of Florida, Ohio and Iowa with the president also taking the battleground state of Texas.

Biden was said to be ahead in Florida, Pennsylvania and North Carolina

However Trump and Biden were seen to be neck and neck in the polls in most other swing or battleground states. 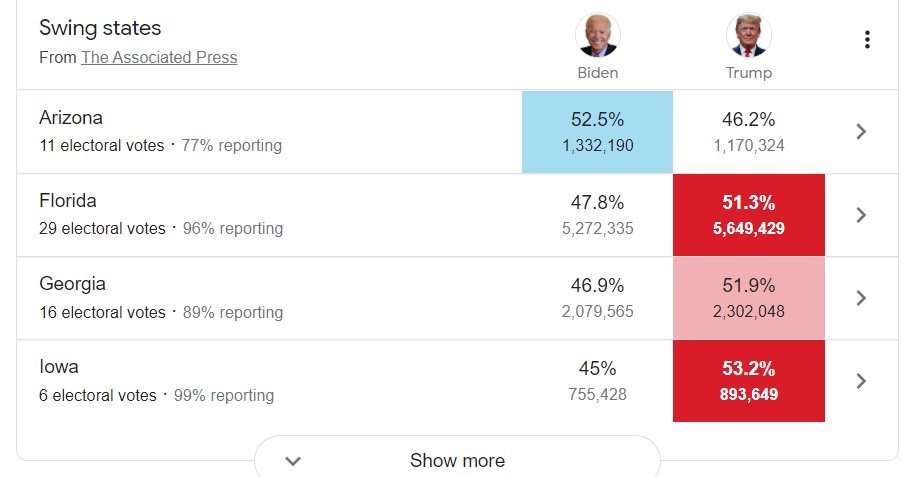