Mojah launched a fiery attack on the popular radio presenter after learning that Mutabaruka  had harshly criticized his Fire King video.

According to Mojah, while he respects Mutabaruka as an “elder” he was upset by his comments particularly when he said, ‘light fi drop inna mi head when mi a perform’.

Mojah said this behaviour of wishing ill on him was not characteristic of the Rastafari culture, he also notes that the radio presenter had been involved with multiple white women, which the reggae artiste suggest is also frowned upon in the Afrocentric movement, which focuses its attention on the promotion of African culture.

“Muta is an elder wah we rate from mawnin and we naw disrespect Muta, ah that mi want oonu fi know. But Muta deh pon radio a say light fi drop inna mi head when mi a perform and call himself a Rasta,” said Mojah in a now viral video. 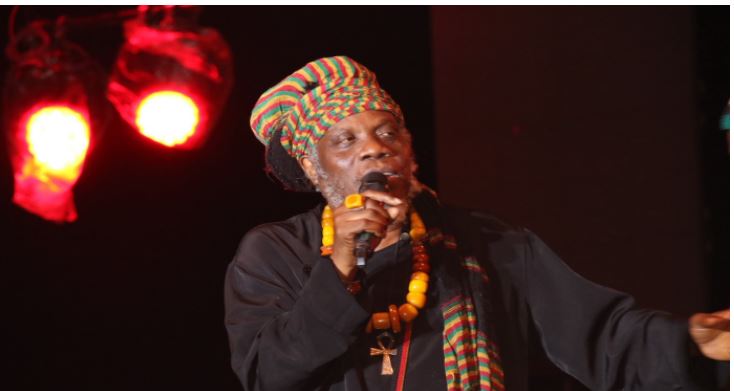 In an episode of Mutabaruka’s popular programme Stepping Razor, the radio presenter shared that the Fire King video went against the principles of a sect of Rastafari known as Boboshanti.

“Me remember when we did have Bobo, well to me personally me nuh know bout a next one, well me look pon Bobo inna Jamaica with them turban and robe, dem broom and how dem talk ‘ Mi Lord’ and you know  all the things dem that is respectable,” said Mutabaruka who added that the sect was very respectable, with members conducting themselves in a very note worthy manner.

“ Now you have some man wah wrap dem head enuh, rasta and me a tell yuh seh, me can’t believe what me a see. Cause me a look pon a video  wid one artiste deh – a wha him name again- anyway, and me a seh wait  den de man couldn’t even put on a likkle plastic bag pon him head, rasta. A part from the fact that me know him have locs and me know him still. Me neva see nuh twisy, twisy, locs man do a video like that yet, ” added Mutabaruka.

Mutabaruka explained that a turban had symbolic meaning in the

expressing disbelief that the artiste would showcase the culture in that way.

The radio announcer took issue with the way in which the derogatory and sexual explicit way the women appeared in the video in particular.