Things are heating up ahead of the People’s National Party’s (PNP) internal election to select a new party leader as aspirant Lisa Hanna was nominated at noon on Wednesday (October 21) at the party’s headquarters.

Hanna used the occasion to launch her campaign under the slogan, “The Way Forward” which outlines how the PNP will evolve under the leadership of the former Miss World pageant winner.

According to Hanna, under her leadership several changes would be made to the party’s structure, particularly aimed at dealing  with discord and disagreement, as well as the party would recommit itself to improving the lives of the country’s poor.

Establishment of a disciplinary committee

Under Hanna’s PNP, there will be a new disciplinary committee established. While Hanna did not explain how this committee would work she noted that there would be room in her PNP for mediation, as well as, she would make use of the “open-door policy” allowing all members to contribute to party policies, programmes and political work.

Hanna also has plans to establish two new party commissions: The Business and Economic Empowerment Commission and the Divinity, Philosophy and Global Geopolitical Commission, to prepare policies for a new PNP government.

Hanna highlighted that her leadership would reorganise and strengthen the role of the party’s secretariat.

According to Hanna, the general secretary will not be an elected parliamentarian and will focus almost exclusively on party matters.

“He/she will be bolstered by four Divisions headed by DGSs. Generally, the Secretariat will be re-tooled and the Electoral Affairs Division especially will be resourced with Information technology experts,” Hanna.

Hanna said her leadership would revitalize the group system empowering the grass roots base of the party.

One way Hanna plans to incentivize the group system is to make internal elections for posts like President, Vice President and General Secretary open for all members of the party to vote on, whether group or individual members, as long as they are in “good standing”. 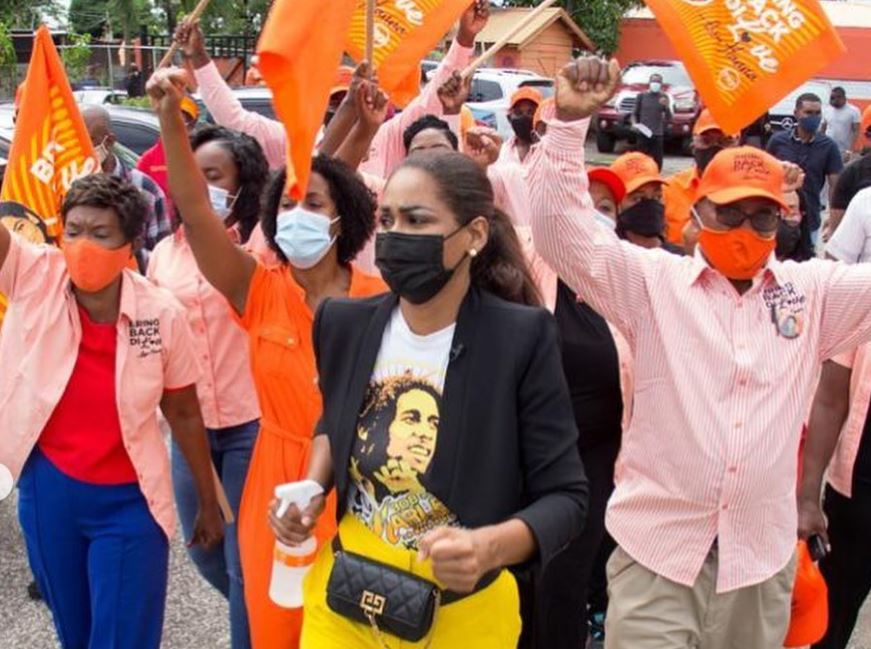 The PNP Presidential hopeful is also proposing that the party be more rigorous in selecting and vetting candidates, nationally and locally.

According to Hanna, this would include a structured system of orientation, training and development as well as an on-going field monitoring and the establishment of key performance indicators for candidates and elected representatives to stay on the ground with the people they represent.

Hanna further said she would re-establish task forces,which are inclusive of internal and professional expertise,PNPYO, Patriots, women and the NWU to provide the requisite experience to develop polices and programmes for implementation in government to move the poor from poverty, the working class to the middle class and the middle class to owners of capital.

“I am mindful that I will only be the second woman offering herself for Party Leadership in our 82-year history. I will execute my duties and responsibilities to provide the leadership, guidance and mentorship to all women working in our party. Women in politics face barriers which men do not, and I will make a strenuous effort towards gender parity in our roster of candidates.” said

Hanna promised  to institute programmes and mechanisms to support, advance and promote women in leadership and continue parity initiatives, including equal representation in the senate.