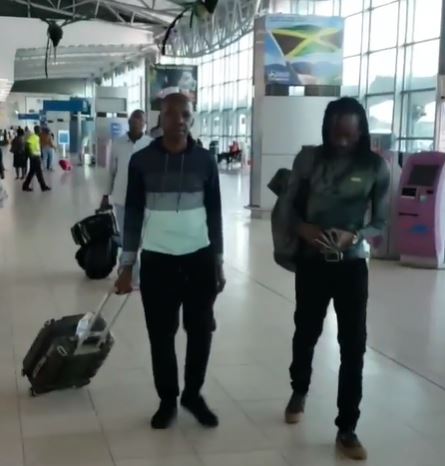 The Den understands that the road manager for reggae artiste, Nesbeth, was shot on Wednesday (March 17).

Nesbeth confirmed the incident on Instagram, describing the crime situation in Jamaica as “out of control”.

“They shot my road manager in his face and took away his license firearm. Please keep him in your prayers,” said Nesbeth on Instagram who shared a video of himself and his manager, Roland Drummond.

“Jamaica is out of control. Be safe everyone,” he added.

Several in the entertainment fraternity in reacting to the post expressed disbelief.

“What????? Praying for you right now Rowland! Jah know,” added another.

A source close to The Den revealed that Drummond was shot in Portmore and was rushed to hospital, where he is said to be recovering.