Holness made the announcement moments ago at a press briefing.

“As Prime Minister acting in accordance with the advice of the National Security Council and having received the written agreement of the Commissioner of Police and the Chief of Defense Staff, I have declared a Zone of  Special Operations under The Law Reform (Zones of Special Operations) (Special Security and Community Development Measures) Act’, ” said Holness. 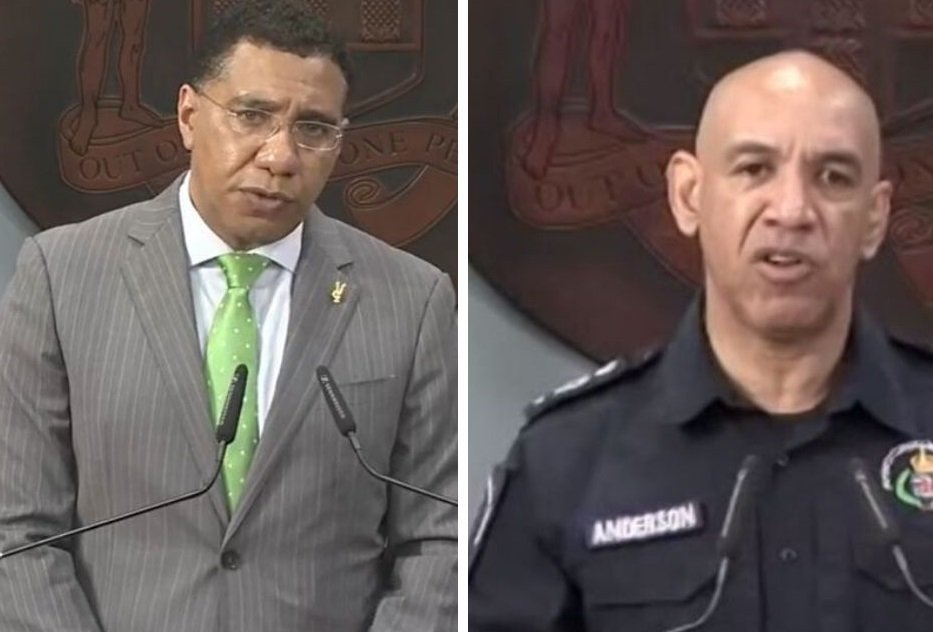 “The community of August Town has been assessed as a significant contributor to the level of crime in the  St. Andrew Central police division and for some time now has been designated a hotspot within this police area; based on the assessment there is an urgent need intervention,” added Holness.

Police Commissioner Major General Antony Anderson also spoke at the press briefing as he further shared details on the levels of crime in the community.

Andreson said that since the start of the year, August Town had been the cite of seven murders and 14 others have been shoot and injured.

Most recently 24-year-old Jahleel Walker lost his life while hanging up party decorations at a child’s birthday party in the community.