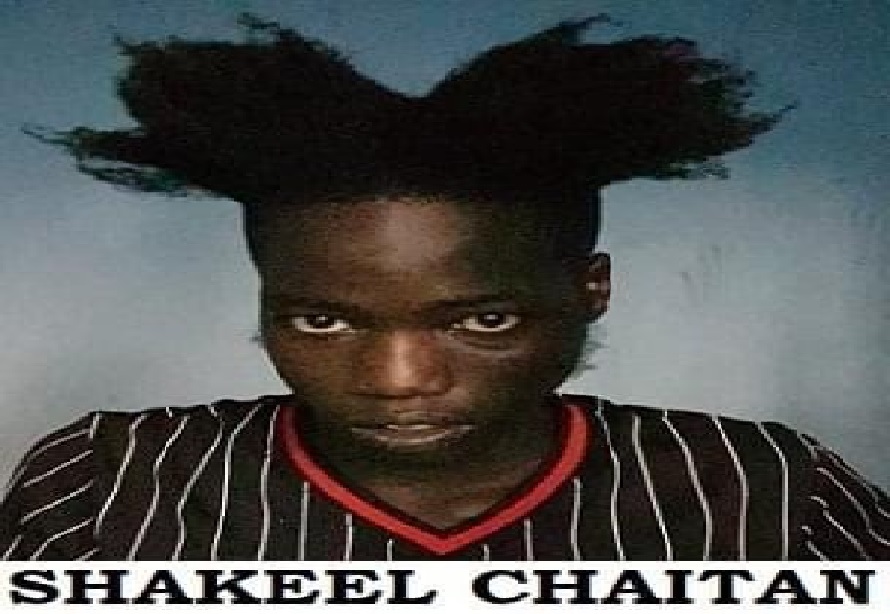 A Trinidadian national, implicated in the seizure of a firearm and ammunition, was roasted by his fellow countrymen on social media- for his hairstyle.

20-year-old Shakeel Chaitan of a Palm Road address in the northeastern Trinidad town of Valencia  was charged with possession of a firearm and ammunition.

However, it was Chaitan’s hairstyle that caught the attention of Trini’s when his mugshot was posted on the Trinidad and Tobago Police Service (TTPS) social media pages.

One woman, Vidya Ramnarine, in disbelief of Chaitan’s deportment, felt he was set up by the TTPS, who  accused the officers  of photoshopping the man’s picture.

“What kind ah Busta Rhymes thing is this?” Jolene Walters chimed in.

“So who get charged, Shakeel or the man who shoot the gun at him and split his hairstyle in ??! Trinidad and Tobago Police Service you also need to charge is barber, or maybe lack thereof,” Brenn Mohammed commented under the post.

Others took a trip down nostalgia lane as they drew parallels between Chaitan’s hairdo and 90s Nickelodeon cartoon Hey Arnold!, which triggered even more giggles.

“First the Red Sea and now this…was there a second crossing of the Israelites?” asked Rakesh Bhukal.

According to a statement from  police  Chaitan was arrested on Monday (September 6).

The TTPS report that officers were on patrol when the team observed a man who glanced in their direction before taking off in a dash.

“A chase ensued with officers capturing the man a short distance away. Officers conducted a search of the man and allegedly discovered one silver and black firearm fitted with a magazine containing ten rounds of nine-millimetre rounds of ammunition tucked in his waist,” the TTPS  said in a statement.