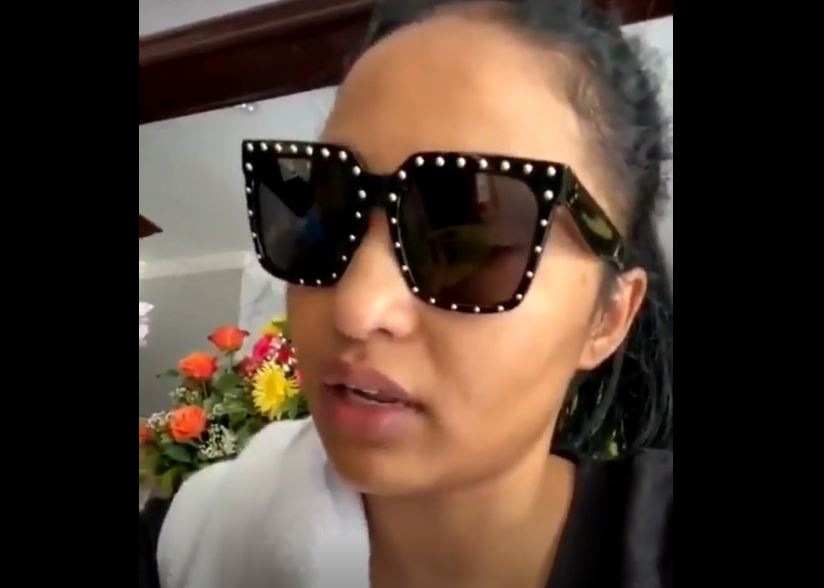 Watch: Shenseea overcome with grief as she talks about her mother’s death

Dancehall artiste Shenseea broke down in tears on her Instagram live as she discussed how her mother passed away on Wednesday (June 24).

The artiste shared with her IG following that her mother had gone into hospital for doctors to perform surgery on her heart.

“And your procedure a go good, cause you know she was to do a surgery to see if they could stop the leaking on her valve,” Shenseea shared.

Shenseea shared that her mother was stable prior to her leaving the hospital.

The artiste said that after leaving the hospital, on Wednesday night she started to feel uneasy, Shenseea described her uneasy feelings as similar to a panic attack.

The feeling was so unbearable that the artiste detailed that she felt as if she was going to “block out”.

Shenseea said she had tried to phone a friend but they did not answer, however she managed to pull herself together and calmed herself down.

According to Shenseea, shortly after she calmed down she received a call from the hospital telling her that her mother was unresponsive.

“Right as me calm down myself, mi get a call seh mi mother unresponsive, ” said Shenseea, who broke down in tears, covering her face with a white towel.

The artiste further said that when she arrived at the hospital she saw the doctors trying to resuscitate her mother, something she described as particularly gut-wrenching.

Since going live, Shenseea has received an outpouring of love from fans on others who she has publically thanked.

The artiste further asked fans who have lost their moms to reach out and share some of their coping strategies.