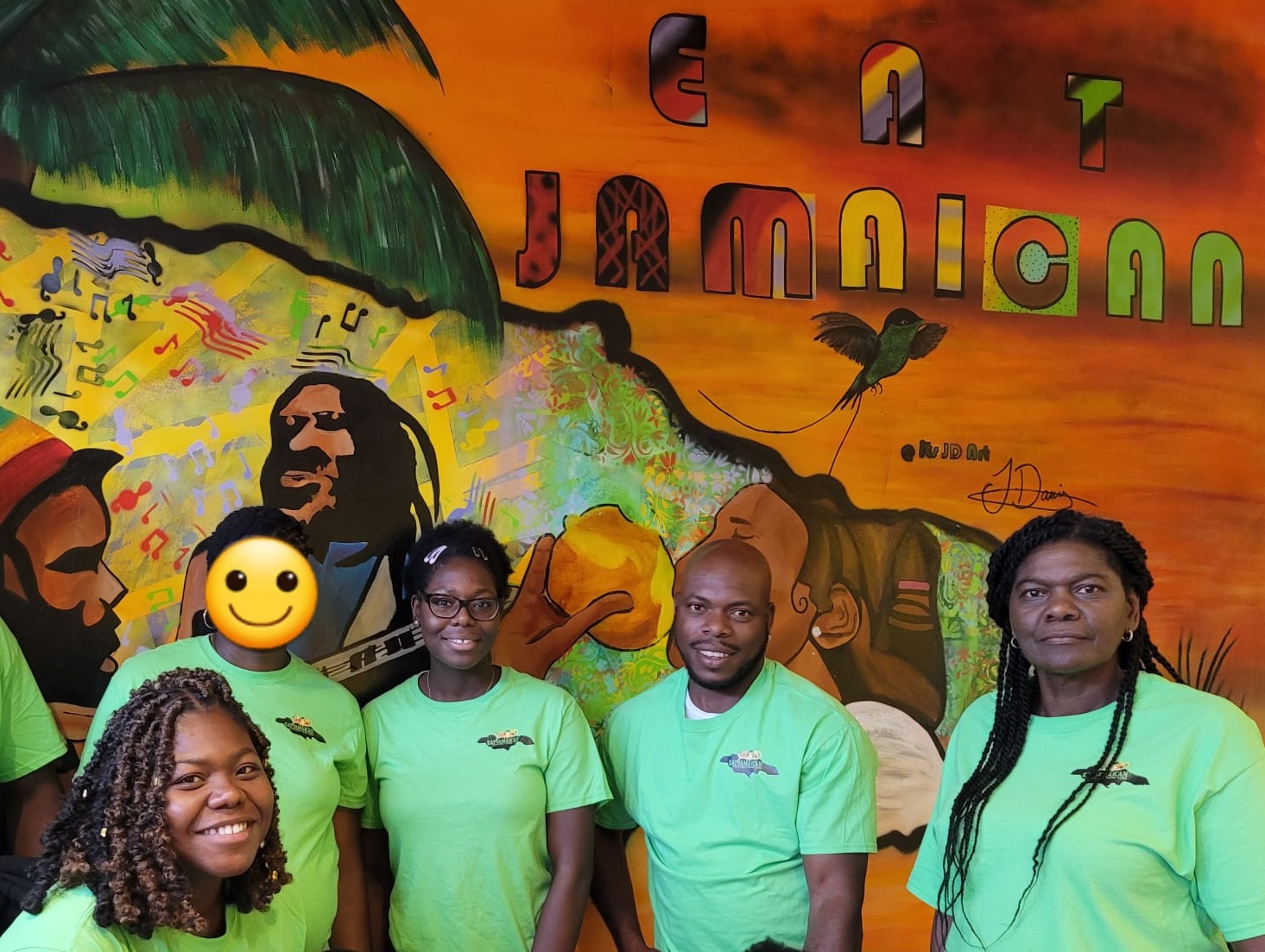 Yam, sweet potatoes, dasheen, breadfruit and guineps are all the things we take for granted while living in Jamaica.

However, once you migrate to a foreign land, local produce and food items are the little comforts from yard that you crave and it is this craving that inspired Kim Wilson and her family to open a Jamaican grocery store in Edmonton, Canada.

Wilson credits her mother for coming up with the idea to open Eat Jamaican.

“Honestly, it wasn’t even my idea, it was my mom’s. She was the one that had the vision for opening the grocery store. And she literally couldn’t wait any longer,” Wilson told Pandemic Made.

“Her vision was to have food straight from Jamaica stocked here in Edmonton, because it is a challenge to find Jamaican produce, like your yellow yam and your sweet potatoes,” she added.

Though admittedly Wilson said the timing, the midst of a global pandemic, wasn’t ideal.

Wilson said her mother had grown very frustrated with trying to source Jamaican-grown produce, adding that the business had to be established irrespective of the pandemic. 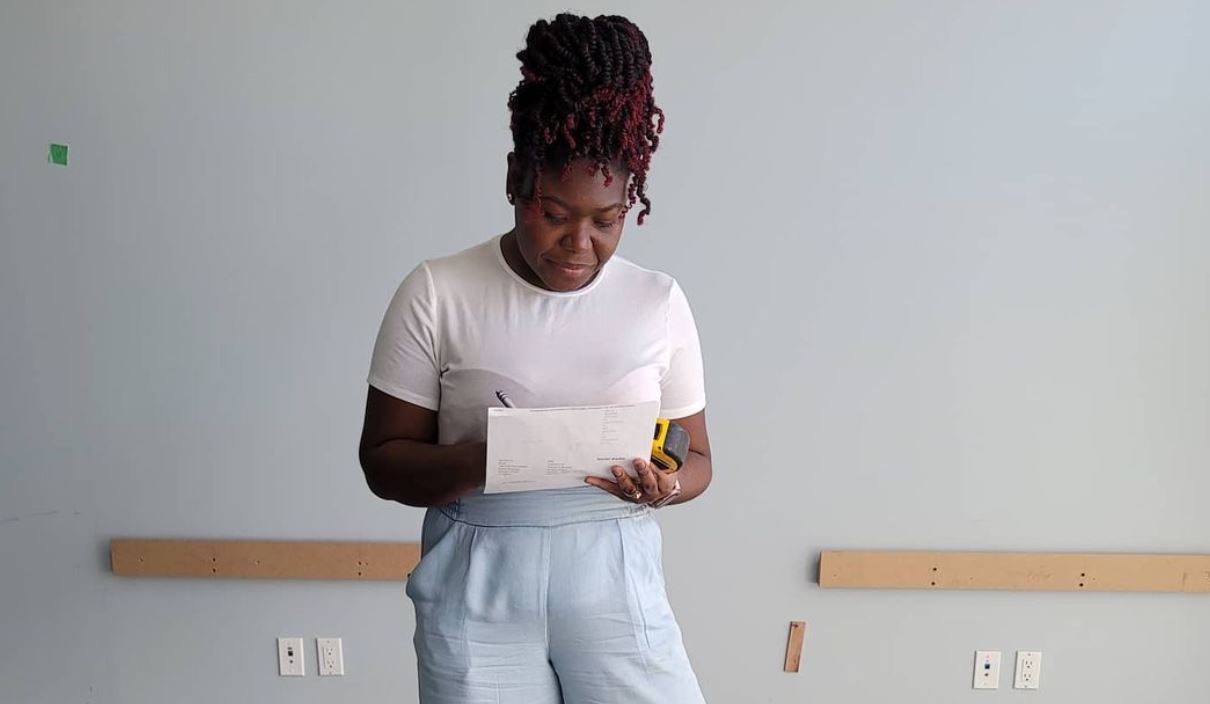 Wilson shared that opening Eat Jamaican in the midst of the pandemic was a very difficult task.

According to Wilson, the majority of the challenges, were linked to logistical issues such as shipping delays, as well as getting familiar, with the regulatory procedures related to importing Jamaican produce into Canada.

Wilson said that getting connected with Jamaican governmental agencies, like the Jamaica Promotions Corporation (JAMPRO) provided the much needed support during the initial setup phase of the business.

Wilson explained that JAMPRO assisted in connecting her with local farmers, as well as, provided the necessary support needed to navigate the Canadian food regulatory framework.

“We connected with [Jampro] and they’ve been really, really helpful in getting us started and on the right track so that we can get the food here,” Wilson said.

“Because of COVID, obviously, the Canadian agencies made a lot of changes, in terms of bringing food into the country. So that was a huge barrier to overcome. And JAMPRO was very helpful in getting us over that hurdle,” added Wilson.

Wilson went on to highlight some of the effects of the pandemic on the supply chain network that negatively affected her business.

“Honestly, for us, the first leg of it was very stressful, because with COVID and the delays and, all that kind of stuff, we weren’t able to open the way we wanted to open,” Wilson explained.

“On our grand opening day, we had no shelves in the store because of the delays with shipments” added Wilson.

However, despite the lack luster opening, Wilson said the outpouring of support from the  Jamaican community in the  Western province was immense, and helped to keep the family committed  to the business venture even went things got really challenging.

“When I say Jamaica showed up on that grand opening day, Jamaica showed up! Like people from all over Edmonton came to our store and congratulated us. Regardless of the fact that there were no shelves in the store. They were just happy to have a space,” said Wilson.

“And a lot of the times we hear comments like,  ‘I feel like I’m in Jamaica’ when they step into the store and that’s what really keeps us going,” added Wilson.

Wilson shared that it is a super rewarding feeling when customers see products, like hard dough bread, that they have not seen in years and get excited and even start dancing.

Demand for Jamaican products strong among Canadians and other groups

According to Wilson, it is not just Jamaicans in the diaspora that support the establishment, noting that she is surprised to see the outpouring of support from Canadians and other nationalities.

Wilson explained that Canadians, primarily those who have visited Jamaica and are restricted from travelling due to the pandemic, have flocked to the store as a means of finding, fruits and foods they previously enjoyed on vacations to the island.

“It is not just Jamaicans who are seeking out the products we have. Even people who’ve been to Jamaica on vacation, they’ve come to love certain products,” said Wilson.

Given the unique positioning of Wilson’s Eat Jamaica grocery store, which is in the province of Alberta, smaller Jamaican communities in provinces further west and even in very northern places like Yellowknife have already expressed an interest in patronizing the business

“We are already getting questions, someone from Yellow Knife, which is up north contacted us and wanted to find out if we actually shipped out of province. So, we’re already getting that question. And we’ve only been opened 22 days,” added Wilson.

Eat Jamaican which opened in August 2021, is one of the first Jamaican grocery stores on Edmonton’s south side.

True to its slogan “Food straight from yard” the store boasts authentic Jamaica-sourced fruits and produce.