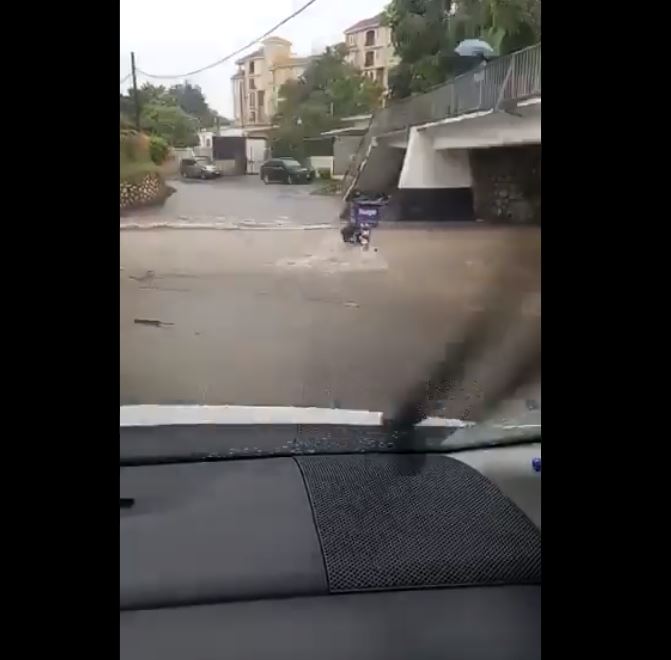 “Hugo” has been trending on Jamaican Twitter since late Wednesday (September 29), after a viral video of a delivery rider surfaced on the platform.

The video shows a Hugo company branded rider attempting to cross the gully in the Shortwood Road area.

The delivery rider makes it 3/4 of the way across the flooded gully-thoroughfare only to be swept down the drain, complete with motorbike tagging alongside him.

The video, has provoked much conversation among Jamaican Twitter users whose perspective have ranged from full on laughing at the rider to others deeply concerned about his well -being.

While others seem more concerned about what happens to customers in such situations, enquiring about discounts and refunds.

“If you waiting on your food from Hugo……well…..don’t wait. Bikey fool fool, hope him alright tho,”Tweeted one user.

“The Hugo delivery person who went through the Flooded fording okay?” enquired another.

The Den has reached out to Hugo regarding the rider’s well-being but have yet to receive a response.

However, The Den understands that the rider may have suffered a broken bone, and was  assisted by residents when he washed up near the community of Acadia.

Hugo is a Latin American home delivery app which was launched in Jamaica early last year.

Published in Latest News and Watch