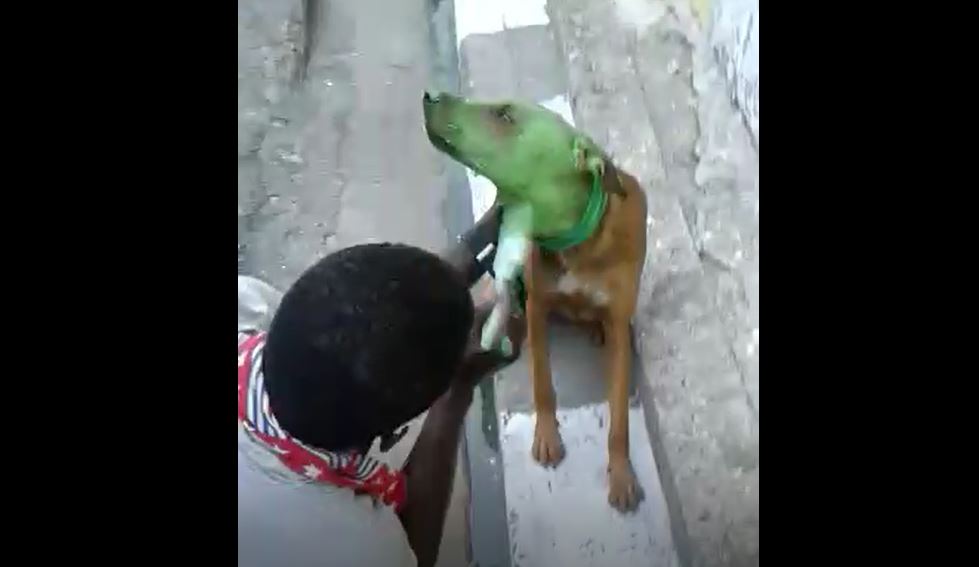 They’ve often been draped in political paraphernalia like shirts, hats and even visors but this is the first time, at least on record, we’ve seen an animal being painted.

However, on nomination day (August 18) a video surfaced online of a presumed Jamaica Labour Party (JLP) supporter painting a dog in the colour green.

While the video has generated plenty of humour online, as it is an unusual thing to do, some animal lovers have described the footage as constituting  animal cruelty.

According to a local veterinarian, water-based paints may irritate a dog’s skin and mucous membranes, but it is unlikely to cause toxicity or poisoning.

The Den News
More from WatchMore posts in Watch »