BOJ intervenes in FX market for a fourth time

The Bank of Jamaica (BOJ) has intervened in the foreign exchange market for a fourth time this month, offering $15 million USD to authorized cambios and dealers on Monday (October 26).

The latest intervention has again capped the sale price at a maximum of 20 cents above the buying price and restricted resale to end users.

Speaking at a virtual press briefing back in May 2020 on the central bank’s Quarterly Monetary Policy Report (QMR), Governor  Richard Byles revealed that since the beginning of the pandemic in March, the bank had injected a little over $300 million into the market.

Byles described the $300 million as a significant  intervention, indicative of the bank’s commitment to ensuring that every Jamaican has access to goods and services that have to be paid for in foreign currency.

Byles said interventions of this kind were unsustainable, warning that continuing in such a way would quite significantly reduce the country’s non-borrowed reserves.

The BOJ is projected to sell more than US$1 billion to the market over the course of the fiscal year.

The BOJ’s latest intervention means that the central bank would have injected close to $75 million USD into the market since the start of October. 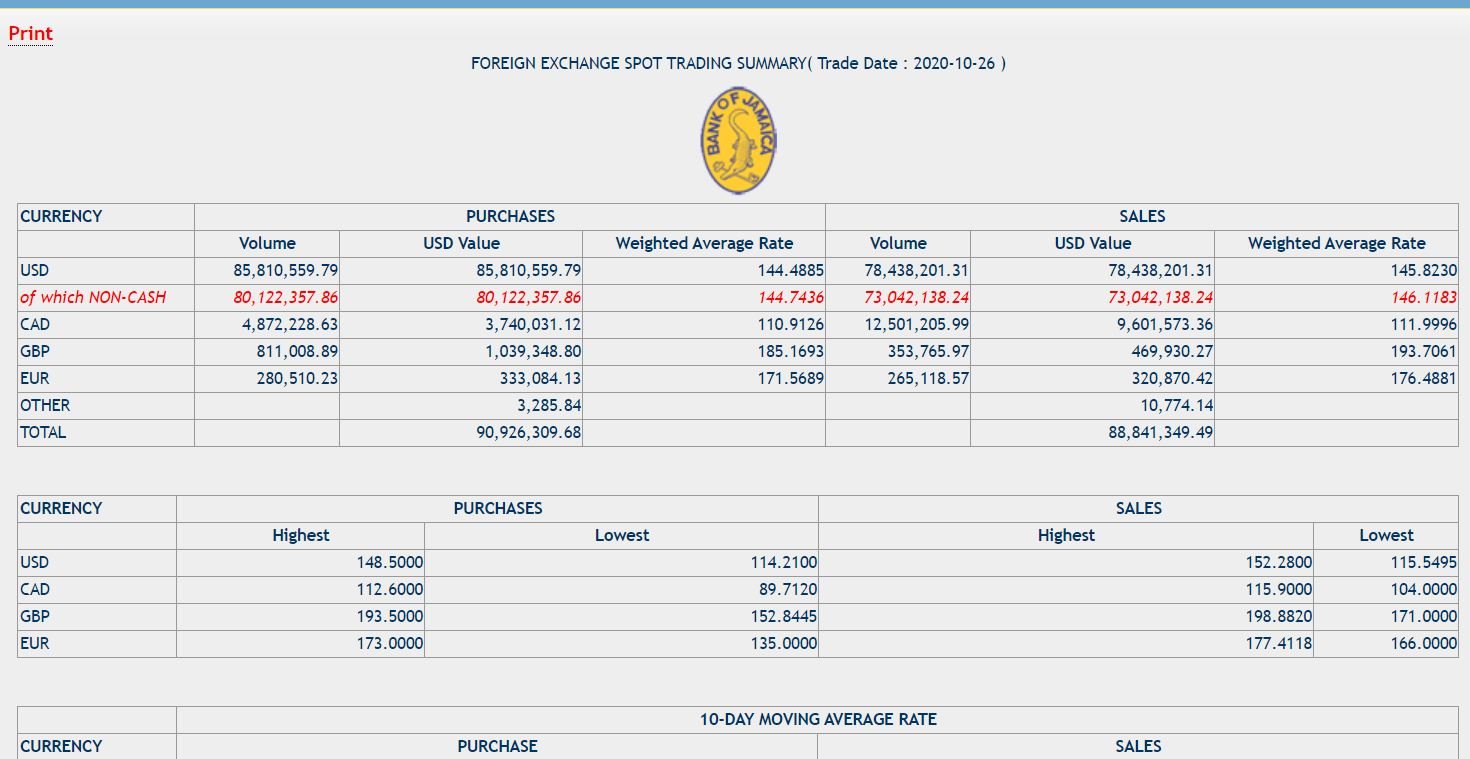