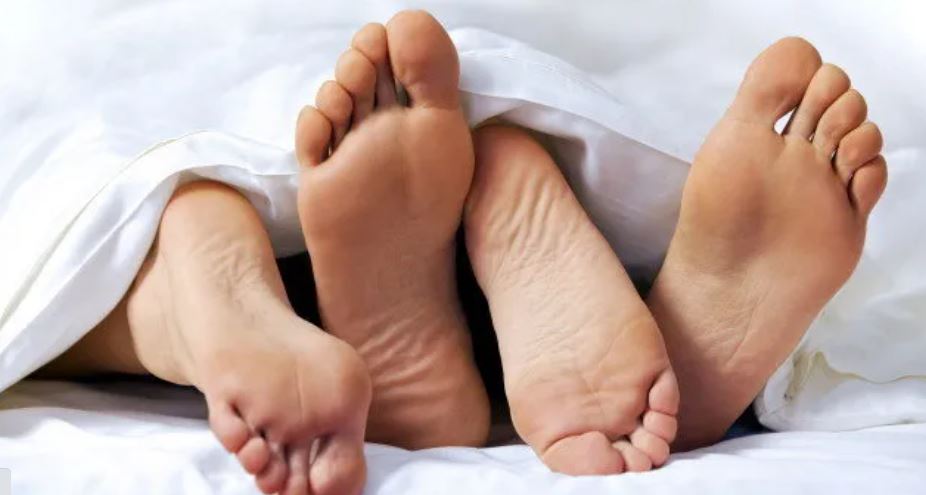 10 Things only Jamaicans say in bed

While in other cultures there is some amount of embarrassment and shyness associated with talking dirty, this is not so for many Jamaicans.

Sex, like all aspects of Jamaican life, is full of colour and expression with couples reporting that they’ve said just about anything that comes to mind during the act.

Today The Den is counting down the ten most common things said in the bedroom.

You need not go further than Dovey Magnum’s 2016 hit “Bawl Out” to know that “Breed Me” is the go to dirty phrase for Jamaican women. And rightfully so, given that sex is designed for procreation.

2.Cock up your foot nuh

It is common for Jamaican men to give instructions during sex. And if for some reason it turns out that they can’t get full access to the goods, they have no qualms about asking women to open their legs a little more.

If you ever bust out a new move in bed, it will not go unnoticed as either party is likely to comment on it. However, don’t ruin the moment, the question is rhetorical and is usually used to give encouragement.

‘Take time nuh’ is one of the most misleading bedroom statements as it can mean a whole host of things. While some times it really does mean go slow, at other times it can mean the very opposite and is just indicative of a pleasurable experience.

While a major part of sex is hitting the climax, some want to delay getting to that point as much as possible. It turns out that asking for a little rest is a common thing.

Yes, Vaseline is a brand name of petroleum jelly. However ‘Vaseline’ is a must have item in the Jamaican bedroom, it is usually located on the dresser or night stand. It turns out that both men and women have asked their partner to pass the product during sex, as it is said to enhance the experience in many ways.

Acrobatic movements are not uncommon during the love making act. However, if it is your first time you may be encouraged to hold on to something, often times the headboard, colloquially called the ‘bed head’ is the only thing nearby.

8.Kill me with it/ murder it
It turns out that even in the midst of love-making, bad words and violent terms feature prominently. It is not uncommon for Jamaican women and men to utilize violent expressions in bed.

As mentioned previously, people are not averse to dishing out instructions with partners requesting certain positions. One of the most popular request is to contort the body into a position that resembles “6:30” on an analog clock. Other frequently requested positions include, ‘Foot Pon Shoulder’, ‘Lizard Lap’, ‘ Over the Moon’ and ‘Bacaz’

Oh yes, if the act is one that achieves the desired feeling you can expect at least one of the individuals to remark on how ‘nice’ it was.