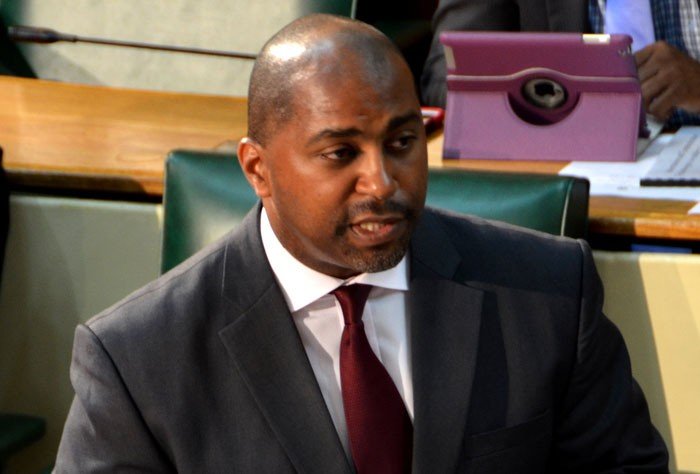 Jamaica’s economy was in decline before the pandemic – Robinson

Opposition spokesperson on finance Julian Robinson, during his contribution to the budget debate on Thursday (March 11), said that contrary to the picture being painted by the current administration, Jamaica’s economy was in decline prior to the start of the pandemic.

Describing the government’s performance as “lackluster” Robinson pointed out that in the three consecutive quarters prior to the start of the pandemic, the economy had been recording negative growth and was headed for a recession.

“So when the pandemic hit us in March 2020. We were already in economic decline. We were actually one quarter away from being classified as being in a recession prior to COVID,” added Robinson.

According to Robinson, the pandemic only exacerbated the country’s weak economic position which has been felt most by the country’s working poor who he revealed had been struggling to grapple with job losses and rising food prices.

How has the pandemic affected Jamaicans ?

Robinson went on to explain that today, many Jamaicans are out of work, some having been placed in a position where they have been without a steady income for over a year. To make matters worse he said most Jamaicans did not have savings to fall back on and were experiencing trouble providing food for them and their families.

The opposition supported his claims about food security with data from a joint study by UNICEF Jamaica and CAPRI which showed that 45 percent of Jamaican households have had to cut back on food.

Robinson also highlighted a similar study published by the United States Department of Agriculture, from their Economic Research Service released in January 2021, which revealed that 12.8% of the Jamaican population were classified as food insecure.

“What the data shows if you look at Jamaica, is that Jamaica, had the single largest increase in food insecurity in the entire region; meaning we had a 100% increase pre COVID to post COVID,” said Robinson

“ No other country in the region, not even Haiti had that increase. So Madam Speaker, the data is supporting what all of us in this house know, because we have to deal with it with our constituents. And the reality is that there are a large number of Jamaicans who simply cannot afford to buy the minimum amount of food to survive on a daily basis,” added Robinson.

To make matters worse, Robinson shared that food prices had been skyrocketing, with the President of the Jamaica Manufacturers and Exporters Association telling Jamaicans to brace for more price increases.

“It doesn’t help our situation, Madam Speaker, that since 2016, the cost of basic food items have skyrocketed. The cost of salt fish, coconut, chicken back and rice, as examples have increased by over 100%,” said Robinson.

According to the opposition spokesperson on finance, one of the ways the government can perform the balancing act of assisting people while bolstering the economy is providing targeted support, particularly for female headed households

“ I want to go to how we are recommending that money be spent to facilitate economic growth. First, Madam Speaker, the support to individuals and households, which we believe requires an additional $5 billion. I believe there must be a special carve out for female headed households,” said Robinson

“ I’ve shown where women have borne the brunt of the economic fallout from COVID. We’re using data to drive what we are recommending, and we have so many female headed households in the country, we have to do more for those households, so that we can lift people out of food poverty and get them in a position where they can contribute to economic growth, “ added Robinson.

Robinson also recommended that the government provide support for micro and small businesses as well as farmers through more buy-back programmes.