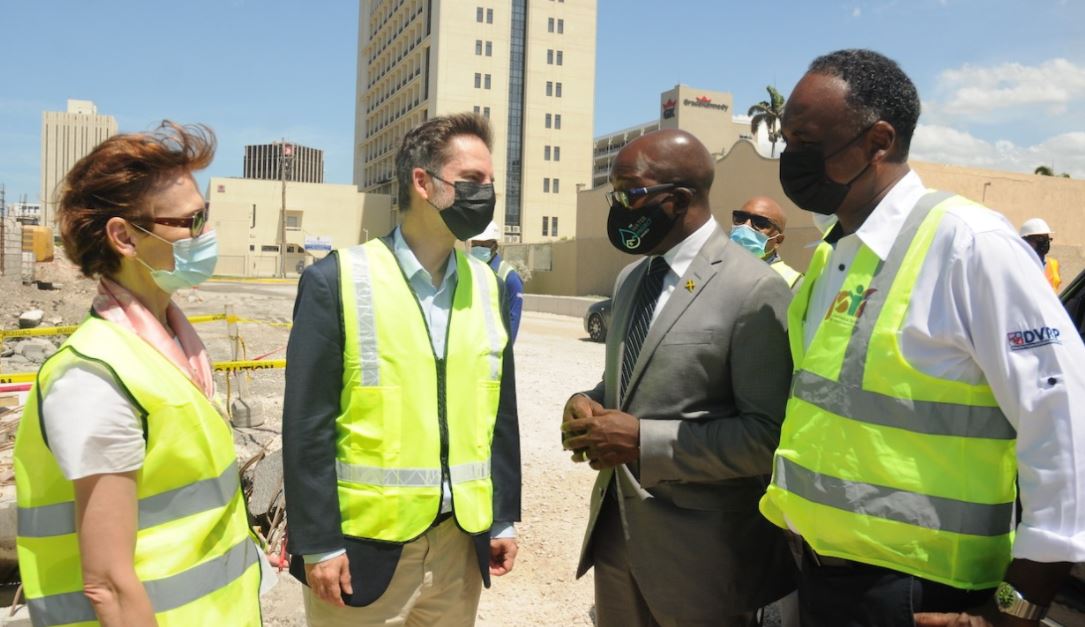 World Bank to relocate its regional head office to Jamaica

The World Bank’s regional head office will be relocated to Kingston, Jamaica in the fourth quarter of 2021.

Finance Minister Nigel Clarke made the revelation in a post on his Twitter page on Wednesday (July 21).

The announcement comes following a visit of senior World Bank officials to Jamaica earlier this week, where Vice President for the Latin America and the Caribbean region, Carlos Felipe Jaramillo, met with members of the government for a series of meetings and project site visits.

In a series of  tweets, Jaramillo, expressed delight at Jamaica’s resilience, commending the government for its progress on several growth initiatives, including efforts to revitalize downtown, Kingston and reiterated the World Bank’s support towards a better, more resilient future for the country.

“Pleased to see progress in Jamaica’s efforts to revitalize Kingston while making it more resilient to climate change. When completed, the Port Royal Street shoreline corridor will be protected against sea erosion and offer a new safe recreational space for Jamaicans,” tweeted Jaramillo.
“Honored to meet Prime Minister Andrew Holness and members of his Cabinet. On behalf of
@WBCaribbean I congratulated him on Jamaica’s outstanding progress on several growth initiatives and reiterated our support towards a better, more resilient future for the country, ” added Jaramillio in a subsequent tweet.

The World Bank is an international financial institution that provides loans and grants to the governments of low- and middle-income countries for the purpose of pursuing capital projects.

The institution in 2016 stated that its objective was to reduce poverty.