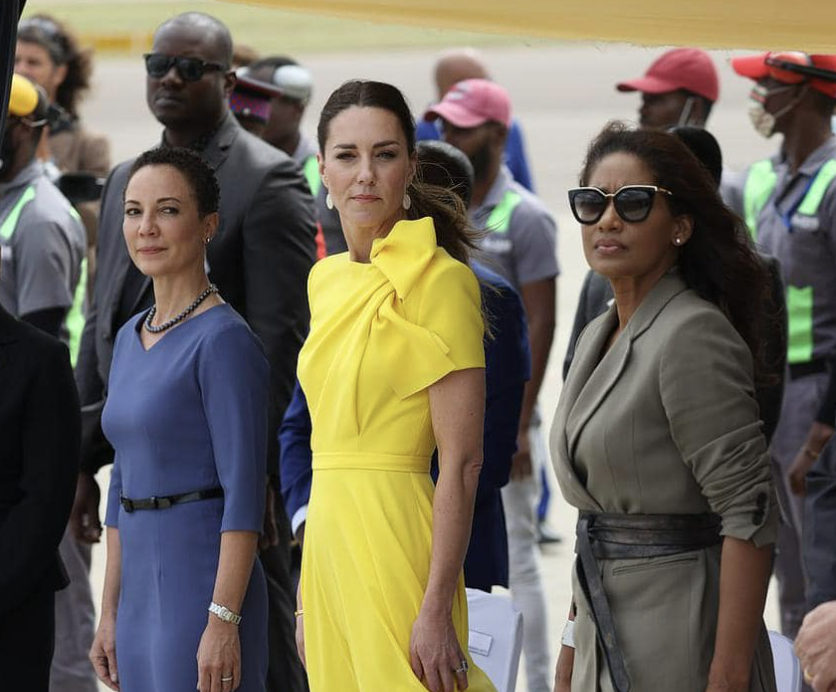 No Snub: Hanna says she had a ‘pleasant conversation’ with the Duchess of Cambridge

Member of Parliament (MP) for South East St Ann, Lisa Hanna, says she had a very interactive and pleasant conversation with Prince William and the Duchess of Cambridge Kate, who are in Jamaica in celebration of the Queen’s platinum jubilee.

Hanna made the revelation on her Instagram account on Tuesday (March 23) following rumours circulated on international news platforms that she had behaved  ‘dismissively’ toward the royal couple, who arrived on the island on Monday.

However, Hanna refuted the rumours noting that despite Jamaica needing to become truly independent, the citizens along with herself remained  “courteous and respectful”.

“Today I welcomed Prince William and the Duchess of Cambridge Kate to Jamaica 🇯🇲 on behalf of the Leader of the Opposition in celebration of the Queen’s platinum Jubilee,” Hanna said on IG.

“We had a very interactive and pleasant conversation throughout the proceedings as we talked about family, our cultures and our people.There’s no doubt at this time that we all seek our true independence and want to develop systems & strategies where we become free from the monarchy. But until then we will always remain a courteous and respectful country,” added Hanna.

Hanna also used the occasion to affirm that she was  a “firm believer in reparations” noting that she previously led a reparations committee which made strides in developing submissions to Britain which examined the economic cost of slavery.