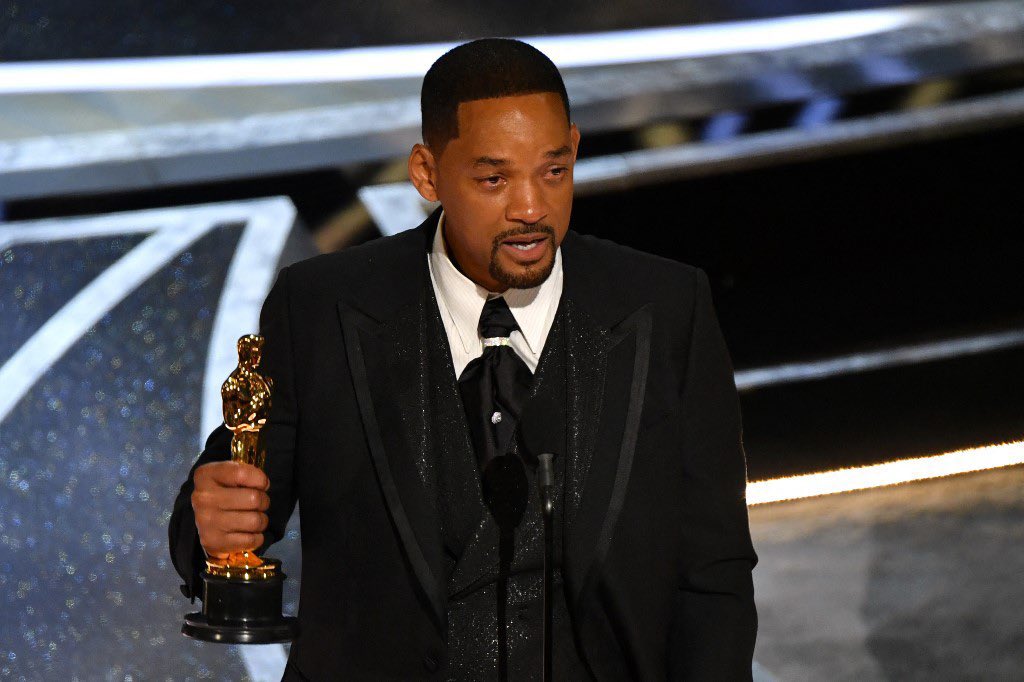 American actor Will Smith’s long-awaited Oscar win on Sunday (March 27) at the 2022 Academy awards may be short-lived after he slapped Chris Rock during the show.

Physical violence is a violation of the Academy’s code of conduct.

According to reports, Smith’s attacked Rock after the comedian made a joke about his wife Jada Pinkett Smith’s hair.

The Academy has since publicly condemned Smith’s action in a statement on Monday (March 28).

“The Academy does not condone violence of any form,” read the statement.

Smith, who was the front runner for ‘Best Actor’ for his role in the movie ‘King Richard’ was announced as the winner of the golden trophy just moments after the now-viral slap.

In a teary acceptance speech, the 53-year-old said he acted out of love before apologising to the Academy and for his actions.

“Love makes you do crazy things, I hope the Academy invites me back,” he said.

Following the actor’s big win, the family was spotted at the Vanity Fair Oscar after-party.