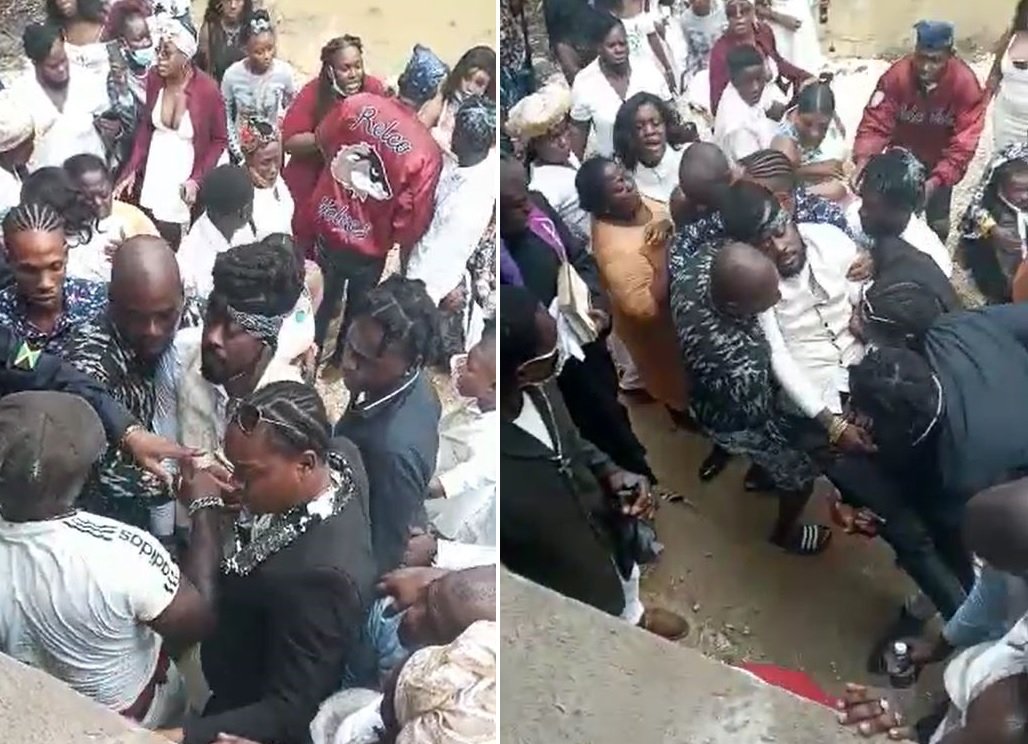 Dealing with the death of a parent can be a very traumatic and emotionally difficult experience, and it is one veteran dancehall artiste Beenie Man is coming to terms with.

The veteran dancehall act, fainted at his mother’s funeral which was held in St. Elizabeth on Sunday (October 25).

Beenie Man was seen in a 30 second long video, looking overcome with grief and eventually was unable to stand on his own.

The entertainer later collapsed, sending the crowd at the graveside into a frenzy, with four men having to lift Beenie Man away from the site.

The exit of the entertainer, in such a dramatic fashion, was heart-wrenching for the already distressed mourners, who came out in all white, to help bid farewell to Lilieth Sewell.

The dancehall veteran, whose real name is Moses Davis, lost his mother 63-year-old Lilieth Sewell after she suffered a brief bout of illness in September 2020.