It’s late 2019, and after a little more than a full year on maternity leave it is time for Asha Campbell to get back to work.

Little did the millennial mom of three know that a pandemic was just around the corner and that her job seeking efforts would prove futile.

The former Regional Health and Safety Manager for Couples Resort in Jamaica explained that her career field, which is rather niche, is one that she knew would require some time to find a new job.

While anticipating that she would be in the job market for a while, Campbell, a marine biology grad, had no inclination that there would be a pandemic  that  would eventually thrust her into the world of  business.

“I was getting probably 20% of the applications that I sent out, I would have gotten calls for. The job market is very intense here. And I would say in terms of the field that I work in, which is environmental health and safety, it is a very niche market,” she added.

A niche career field coupled with the uncertainty of the COVID-19 virus, which was at the time was spreading like a wild fire, Campbell decided to return to her first love – art. 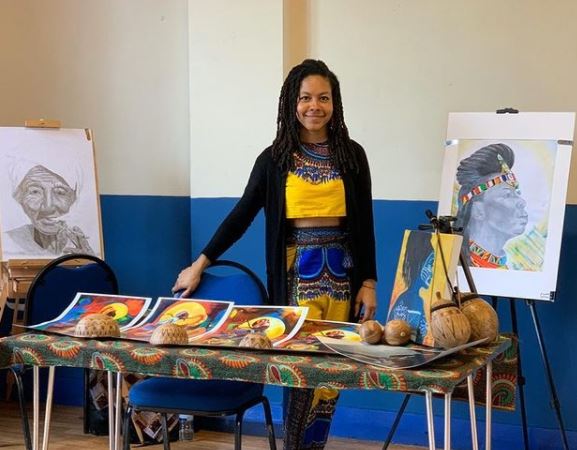 Campbell explained she began sharing her art work on her Instagram page, and though at the time she didn’t know it, this was the beginning of her journey into business.

The unconventional start to a booming business.

“It was in the summer of 2020. So this was about August, one of my friends, she is actually a teacher, she is also a historian, as well, for African history and culture. She called me and she was asking me, ‘do you have a job?’ and I’m like, ‘No’, I’m just doing my art, as you know. And she said, Well, I have an opportunity for you,” Campbell recounted.

Campbell shared that her friend had recommended her for a small gig as an art teacher on an home schooling circuit.

“Being approached by her was one, one indicator to me that this is something that I can actually do. She saw the potential, and she had recommended me already before asking me. So I’m like, I mean, the type of work that I do and the fact that I’m, you know, sharing my work, and it’s something that I want to do, wholeheartedly. I decided that I’m going to go for it,” Campbell said .

“I went through the interview process with the online homeschooling network, which is based in the US and I was successful in getting that job. I started teaching middle school and high school children,” she added.

Campbell explained that in developing a curriculum she had her aha moment, realizing that there was a  gap in the market, with no one offering services to engage younger children.

“I decided to offer my art classes to  that group. These children are actually in that age range of four to 10 years old. And that started going pretty well  and I started building momentum,” Campbell explained.

“And so when I decided to launch my website in December, I decided to offer the African art classes,” she added, noting that she was surprised by the demand.

More than just business as usual

While one of the main objectives of business is profit, Campbell revealed that while money is necessary, starting the business has had other benefits which include that she’s been able to engage her own children, as well as helped parents and children to bond.

“What I have realized is that during the classes, yes, I’m teaching the children, but the parents do get involved,” said Campbell.

“They actually start creating their own work within the classroom. And the response from them is that it’s almost like therapeutic for them to just, you know, participate in the process of creating. So I found that there are so many different benefits to actually, you know, delivering these classes. Benefits that I never thought about,” added Campbell.

Campbell used the opportunity to encourage millennials looking to get into business to stop holding out for the perfect conditions and simply start. 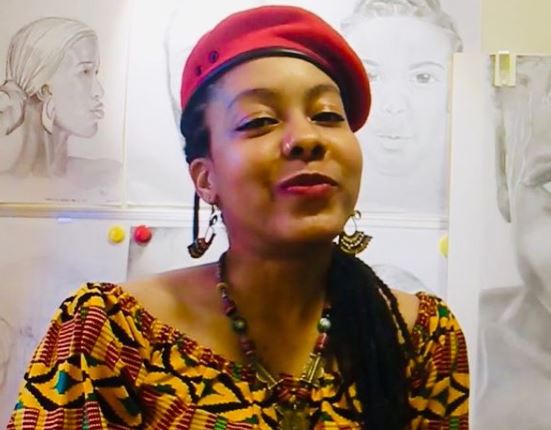 “Start where you are. The reason why I didn’t start much earlier than I did, is because of wanting everything to be perfect,” said Campbell.

While admitting that the millennials were the most financially insecure before the pandemic and are the most economically impacted by it, Campbell said she believes the group by exercising patience and utilizing creative fortitude can etch out businesses that will eventually become profitable.