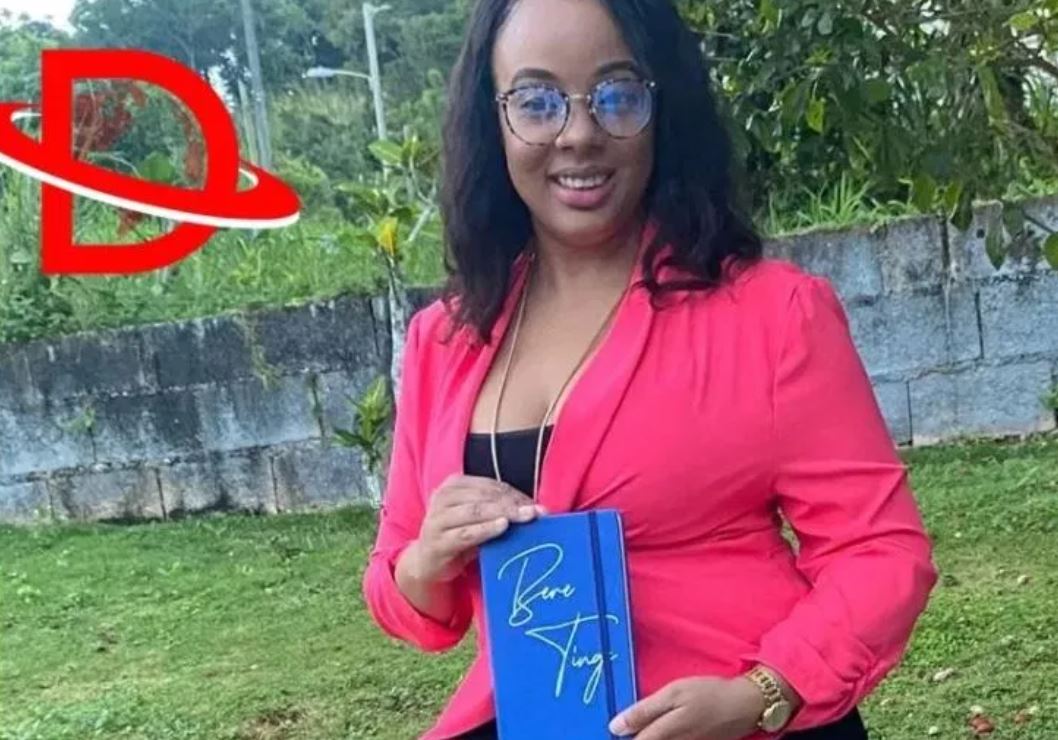 Pandemic Made: Joy-Ann Johnson talks going from laid off to online entrepreneur

The COVID-19 virus had just brushed Jamaica’s shores and, like a thief in the dead of night, an email arrived informing Joy-Ann Johnson that she was out of a job.

It it is the news no one wants to hear, particularly in the midst of a global pandemic.

From anxiety to calmness to everything in between, were some of the emotions Johnson told Pandemic Made that she experienced after learning that she had been laid off and her position made redundant.

“My job was entirely online, you don’t actually have to go to work. So I thought, Well, okay, I am safe. That’s fine. Only to find out two weeks later, in the middle of the night, we receive a spooky email, as I call it, informing us that our jobs were no longer available, and that we were being let go,” explained Johnson who lost her job shortly after the first COVID-19 case had arrived in Jamaica.

“So, that was of course terrifying. And it happened two days before my 28th birthday. The entire thing was simply frightening. So upon losing my job, I went into a bit of a depression for a while,” she added.

Johnson explained that after losing her employment she went through a grieving process noting that she took some time off to gather herself, admitting that it was an emotional shock that was accompanied by feelings of disappointment and resulted in a period of just grappling with her raw emotions.

“It’s not the type of thing where okay, I jump out of a job. I just got fired and I’m just gonna become a hustler overnight and have an amazing story. No, no, leaving or losing a job, is  still a loss and I had to grieve that loss,” said Johnson.

“So, I had a  lot of downtime, I spent time resting, meditating, what I call self soothing and practising self care, which is any activity that brings you comfort, it could be snuggling in a blankets, watching your favourite movie, you know, just doing things to calm and reassure and soothe myself, because at the end of the day, you have to be kind to yourself, you have to be kind to your mental health, because your mind is truly all you have in this life,” added Johnson. 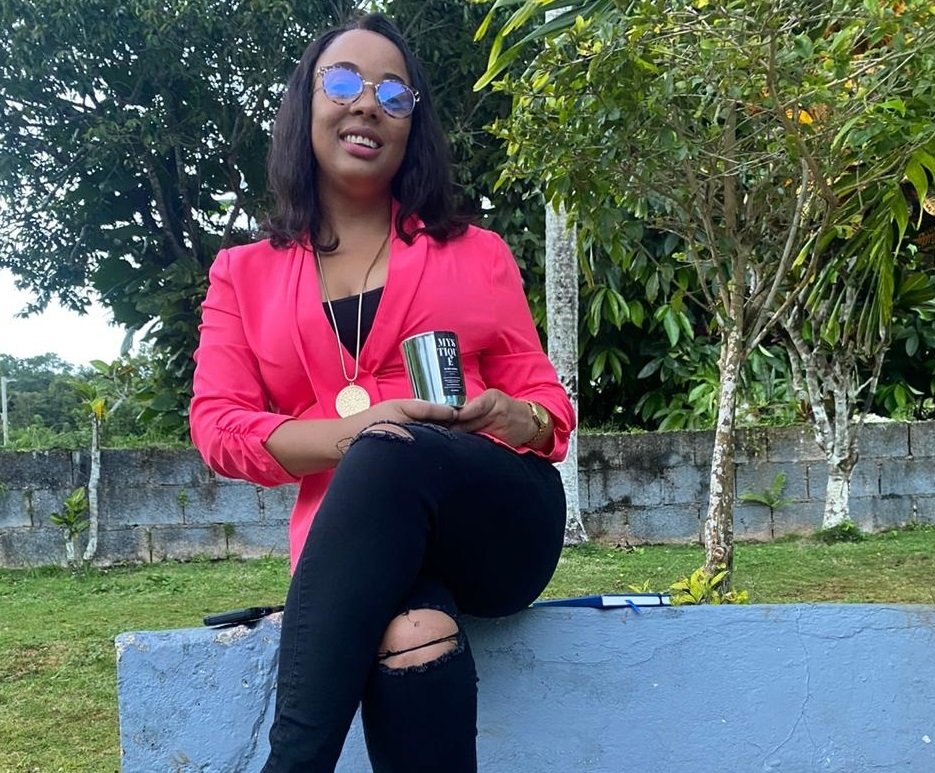 Johnson explained that though in the midst of  grieving the loss of her job, she still had to figure out her next move as she had bills quickly approaching that were unconcerned about her personal turmoil.

The 28-year-old made the difficult decision to pack up her city life and return to her humble community of  Claremont, St Ann, explaining that this gave her some fiscal breathing space, noting that she no longer had to worry about rent and could focus exclusively on paying other bills and keep herself afloat.

Johnson shared that the business idea didn’t immediately come to her, noting that initially she used her graphic design skills online to earn an income.

After being at home and having the opportunity to breathe and recalibrate, Johnson said the gears in her mind began grinding and shortly afterwards she was putting together a business plan.

“Okay, I’m calm. The moment I began to feel safe and I put everything else behind me. It has to do with feeling safe, I think, ” explained Johnson.

“One day in June, I was scrolling and  I was looking at Instagram, and I said, well, a lot of business people are on here selling a lot of amazing stuff. And I mean, I can do the same thing. I know a lot of contacts. I know a  lot of wholesalers. You know what, I’m going to grab my friend Candice and we’re going to see what we can do,” added Johnson.

Johnson said the she and her friend created a business plan which collected dust for a few months before things actually got going.

“There’s something about entrepreneurship that requires a level of faith. I know it will sound crazy to some people, but you do, you kind of just have to write your stuff down, put a plan around it, and just believe that there will be a way. So, once we found the items,  initially, we were focusing on items to import. So we found some cute stuff. And we put a budget together. And when we saw the start-up capital bill we became very discouraged,” Johnson said.

“But we were like, you know what, this is something we really wanted to do. So what’s the worst that can happen? The worst that can happen is that we write the plan, we put it together and well, we just don’t have the money. So we put it down and do it in the future. That’s the worst. What’s the best?  The best is we can get a sponsor to assist us.  So we decided, you know what, we’re just gonna do everything till we can’t do anything. So we wrote the business plan. We did the projections.  We did not have a red cent, we just put it together,” added Johnson.

Johnson explained that things took an unexpected turn  when a she was talking with a family friend who  noted that he was looking for project to invest in.

“I’m giving you the opportunity pitch to me. And if your plan is solid, I will fund you. And that is how we got our funding, just like that,” Johnson said.

The funding was the capital injection, Johnson and her partner Candice needed to get their business off the ground and operational.

According to Johnson, the months the plan lay in waiting also changed her vision of the business, which went from being the retailer of cute items, to the producer of these items, noting that at least 50 percent  of the products retailed by Mollianaire Accesories are locally crafted. 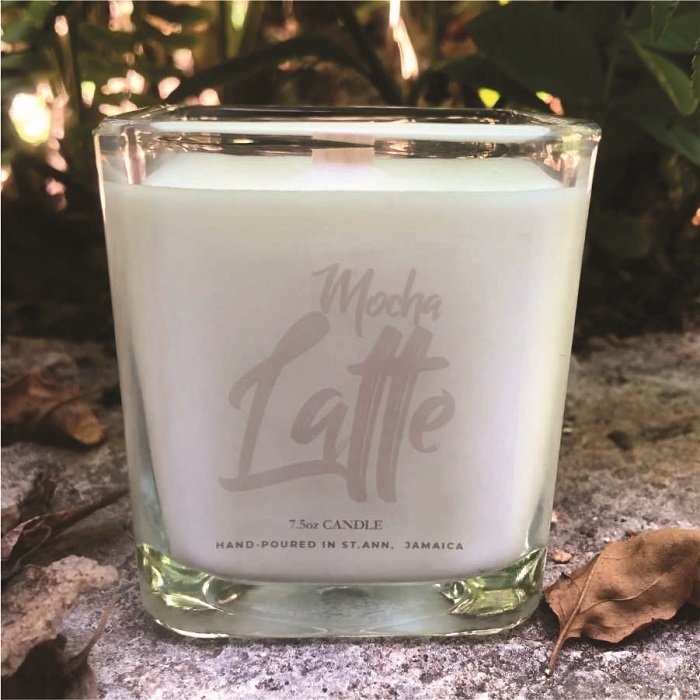 Johnson said that while it isn’t an easy task getting a business off the ground, she wants to see more Jamaican millennials coming into the business space.

Johnson said that while the COVID-19 pandemic may have hit the  22-38  demographic group the hardest, she believed it created a golden opportunity for millennials to finally come to the forefront and showcase their strengths.